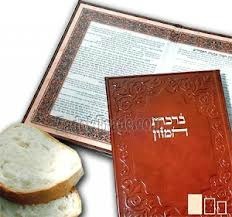 Nu, the summer is quickly coming to an end, the kinderlach who were nebech dispersed over the summer to camps and travel programs all around the world, will be home this coming week, Choidesh Elul is just around the corner mamish and it’s almost time to start thinking about Tshuva (repentance) for yet another year of giferliche behavior and avada, you chap. Welcome to Parshas Eikev which we’ll read and learn this coming shabbis. Some of you may taka wonder why the Oisvorfer mentions the name of the Parsha, usually in the very first paragraph. Nu, I’ll tell you. Sadly, for an unhealthy number of you, without reading the Oisvorfer’s heylige Toirah late Thursday evenings or even on Friday, you nebech wouldn’t have a clue what Parsha is being read.

What does the word Eikev mean and why is there a Parsha with that name? Lommer lernnin a bissel: Eikev literally means “on the heels of.” Of course not everyone agrees so it can also mean “the consequence of” or “the result of.” And that, Raboyseyee, is the theme of the gantze Parsha: actions and consequences.

As the Parsha begins, we find Moishe Rabaynu who, after having tried every other tactic known to man, resorts to bribing the Yiddin into proper behavior and belief in the RBSO. After 40 full years of trials and tribulations, during which Moishe sadly had to witness scandals, meltdowns, rebellions and nebech much more –even some mixed dancing, say it’s not so please- Moishe is mamish totally exasperated with the Yiddin. And if the stick hasn’t worked the way it should have, if you chap, it may be time for honey.  Moishe is ready for a new approach: bribery, and avada we all chap that reward programs and other forms of bribery always seem to get a response, usually quite an impressive one.

And long before American Express and the airline industry came up with rewards programs, here in Parshas Eikev, Moishe has its first iteration. Says he: if the Yiddin will do good (by keeping the Toirah) and trust the RBSO, they will be rewarded with many blessings. “This shall be the reward when [Eikev] you hearken to these ordinances and you observe and perform them… Hashem will love you, bless you and multiply you, and bless the fruit of your womb… there will be no barren men or women amongst you…” (Devarim 7:12-14). Fertility and material success are serious issues and the RBSO knows just what buttons to push to get our attention.

And just to make sure he would taka get a  response, Moishe, brilliant still at the advanced age of 120, takes it up a notch with another stroke of genius: he will lay the guilt on the Yiddin, an affliction we’ve been cursed with ever since. This  final part of his strategy was mamish brilliant. Here’s how it worked.  He reminds the Yiddin of every single misdeed over the past 40 years. Remember what you did 40 years ago with the eygel? Likely they didn’t, because those sinners were long dead and buried. Nonetheless, that doesn’t stop Moishe from making the others feel giferlich about what took place. Moishe regurgitated every ugly detail. Do you remember that you cost us 38 years of valgering (wandering) here in the midbar because you wanted to send spies to check out the land and then spoke loshoin horo about Eretz Yisroel? Those perpetrators were also long dead, but he reminded the next generation anyway. You owe me and the RBSO!!  And do you remember how good the RBSO was to you despite your less than admirable behavior? Moishe, just like the eishes chayil  does regularly (as mentioned in previous editions,) becomes “historical” and reminds the Yiddin over and again in this week’s Parsha of  their checkered past – yikes- and how undeserving they were of the RBSO’s good graces and blessings. Believe me, no one likes to be reminded of their checkered past, if you chap.

He then reminds the Yiddin about all the chasodim (underserved rewards) the RBSO already paid forward, including: redemption from Mitzrayim and slavery, the more than excellent albeit a shtikel boring menu of Munn  that fell for 40 years, clothing that never shrunk, wore out or got dirty, plentiful water – most of the time-,  and  the various local women they chapped and enjoyed, even local zoinas (whores) at various stops. Avada you recall what a portion of the Yiddin did when they laid their eyes and more on the seductive Moabite girls, rachmon litzon (heaven forbid) . Shoin. And how did the Yiddin repay these favors to the RBSO? They didn’t, and continued throughout the entire 40 year ordeal to find new and imaginative ways to anger the RBSO. Are we a tough bunch or what? Doing the right thing seems to be problematic for the Yiddin, what else is new?

Ober (but) says Moishe: the party is over, those miracles are behind us and  new rewards need to be earned, and  are all contingent promises based on one word, ‘eikev’, hence the Parsha’s  name; meaning if or because or in exchange for or on account of.  In other words, it’s a deal. Of course Yiddin love a deal, even if, at times, they get snookered. If the Yiddin behave and follow the RBSO’s ways, good things will happen. Otherwise it’s curtains, and maybe that’s why the parsha also has the second paragraph of the Shema. Meaning that if the Yiddin don’t behave, they had better start praying and davening, and what better prayer more universally known than the Shema? Veyter.

As has been the minhag (custom) of late, and in an attempt to give you a shtikel epes to say over at the shabbis tish, here’s some information you either forgot or never knew.  Perhaps one of the most famous mitzvahs that we loved doing altz kinder  (as kids) but nebech forget  to do usually on purpose as adults, is rooted right here in this week’s heylige Parsha: Bentching (grace after meals) after eating. Says the heylige Toirah:  “And you will eat and be satisfied, and you shall bless the Lord, your God …” (Devorim 8:10).  Nu, leave it up to our chachomim (sages) to take 16 words and turn them into an entire production, a song with multiple stanzas and avada (of course) a multimillion dollar business selling bentchers in every size, color, shape and variety; with and without zimirois (songs), with some or a lot of davening, with songs and prayers we’ve never said nor will we, and so much other filler, one could mamish get dizzy. Nowadays the bentchers have so many other components it’s mamish shver to find the bentching. Says the Oisvorfer azoy: no matter how simple or elegant you want the bentcher  and cover to be,   all bentchers should conform to one basic rule:  a bentcher  should always lead off with bentching. Bentching should be found on Page 1 and this should be a halocho mamish. Instead of our Rabbis worrying about bridesmaids chas v’sholom meeting a boy accidentally, they should do something constructive and legislate rules of the bencher. Are you not sick and tired of shuffling through pages searching for bentching. A bentcher  that doesn’t start with bentching should be cited for bad form  and be forced  to issue a warning to its users. In fact, benchers which require us to work and guess where the bentching might be found should not be allowed to carry the bentcher name: it’s a non bentcher! It’s something else that has bentching. Case closed.

Nu and how is it taka that bentching became so long, and who decided that bentching needed to be sung? Says the heylige Gemora (Berochis 48b) that Moishe himself composed the first paragraph of what we now call bentching, Yehoishua, his successor composed “Bircas Al Ha’aretz” — “the blessing for the Land” — when the Jews entered the Land of Israel, and Dovid Hamelech collaborated with Shlomo Hamelech to write   “Bonei Yerushalayim” — “Builder of Jerusalem” . At some point Dovid  conquered Yerushalayim and composed the segment of “Racheim” — “Have mercy… [on Jerusalem]” — and not to be outfoxed, Shlomo,  who built the Beis Hamikdash (Temple), added the segment “the great and holy House.”  Some say that the fourth brocho was composed by the rabbis of Yavneh, ver veyst.

Even so, efsher you’re wondering where the real text came from since it’s only hinted at and  not explicitly stated. Is that emes? Seemingly, the heylige Gemora only mentions the individual brochos of the bentching  by their titles and final lines.  Apparently someone felt compelled to give us the filler, and  shoin that’s how bentching as we know it today was born.

Veyter: and how did it taka become azoy lang (so long). Bazman hazeh (in our times), we sing it, mumble it, whisper it, and usually swallow most of it. At the same time, those of us who had some camping experience also avada remember that we banged the tables and created the first ever stomps to the last parts of bentching. The girls come home with all sorts of hand gestures; is this what the RBSO had in mind? Ver veyst.  Grada the Oisvorfer was a shtikel surprised to learn that throughout the generations, many Rabbis created shortened versions of Birkas Hamozoin (bentching), to accommodate their society. Gishmak!

Avada the Oisvorfer loves thanking the RBSO for providing, and has no issues with bentching ober he has noticed that more and more bread looking and tasting items have mysteriously made their way over to the cake side and no longer require bentching. Have the Rabbis also tired of the longer bentching? Are they behind recent trends and increasingly creative ways to paskin (rule) that pizza, pita, rolls, and other bread -look and taste alkies’- are all Mezoinis (cake). How far are we from having challah and rye bread move over?