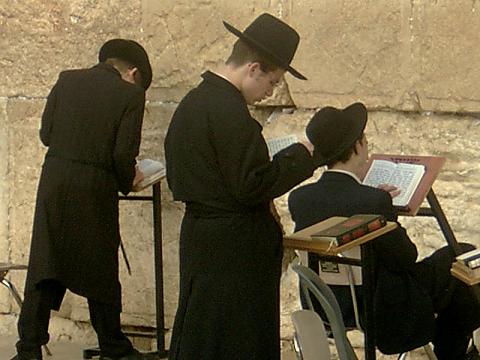 Even an Oisvorf like yourself, who spent many years valgering (roaming) the hallways of the Yeshiva, would remember the Rebbe’s mood and demeanor changing when Choidesh Elul came around. The Rebbe kept reminding us, usually with his shteken (stick), that Elul was either here or just around the corner, that we needed to straighten up, and avada he exhorted  us to do tshuva (repent). Sadly he also flashed his shteken during the rest of the year, if you chap. What’s so special about Elul and why was and does  Elul remain the tshuva driver?

And guess what? Choidesh Elul, which begins this coming shabbis (Sunday too) is mamish here, and that means, Raboyseyee, that it’s time to start giving serious thought to the tshuva process. It’s that time of year when you need to prepare yourselves to ask the RBSO for forgiveness for all your minuveldike acts, loi olaynu (heaven forbid), and much worse. It’s also for the Raboyseyettes to begin menu planning and shopping, time to invite the mishpocho you can’t stand, over for Yoim Tov; luckily it’s only two days at a time during the coming holiday fest. Alternatively, it’s time to begin bemoaning the fact that you’ll be moving in with your parents or in-laws, whatever the case may be. What is choidesh Elul, and why is it taka so special? Nu, halt zich eyn (keep your pants on- so to speak). Grada not keeping the hoizen on may be one of the chatoim (sins) you need to repent for- oy vey. Lommer lernin a bissel about this choshovo month, the last in our Jewish calendar.

Nu, some say that in Choidesh Elul we begin the process of introspection. This process culminates on Yom Kippur. Basically, it’s the pre season for tshuva, a few good practice runs before the main events of Roish  Hashono and the big day of Yoim Kippur.  And if you don’t feel like discussing Parshas Re’ay, the 47th of the 54 parshas in the heylige Toirah, which, by the way, contains 126 p’sukim and ranks 13th in overall size, which avada matters, if you chap, and if you don’t care that it contains a slew of mitzvois of every variety –  55 in total–, which we will read this coming shabbis, let me share epes a shtikel more information about the month of Elul.

Here’s all you need to know, but sadly don’t: Ershtens: the month of Elul always has two days of Roish Choidesh. Since it’s the last month in our calendar, Elul serves as a time for review and stocktaking for the closing year, as well as a time of preparation for the coming year. In other words; it’s time to do inventory before the year-end audit. And how do we know this? Nu, according to tradition, the month of Elul is the time that Moishe spent on Har Seenai (Mount Sinai,) preparing the second set of Luchois (tablets) following the inexplicable incident with the Eygel (golden calf)  (Shmois 32). Moishe, we are taught, ascended on Roish Choidesh Elul and descended on the 10th of Tishri,  at the end of Yom Kippur, when repentance was granted and complete.  Just in case you forgot, let me remind you that things didn’t exactly work out for Moishe on his first trip up the mountain. On his first trek up, he received the Luchois (with the Ten Commandments (Aseret HaDibrois)) which he smashed when he climbed down on 17th ofTammuz, hence we’ve been fasting on that date almost ever since.   Seemingly, the RBSO is in a forgiving mood during the 40 day period beginning with day one of Elul and avada we should take advantage.

Veyst zich ois (seemingly), Elul is one of the most important months of the year, as it’s the month of repentance and rachamim (Mercy) and marks the beginning of the tshuva  process taking place before Roish HaShono. Seemingly the month of Elul is uniquely suited for rectifying one’s failings, and also consolidating the achievements of the bygone year, and for readying ourselves for the high holy days, the “Days of Awe” of Rosh  Hashono and Yom Kippur. Need I say more?

And how do we taka know that Elul ushers in the tshuva season? Said some Rebbe, whose name long escapes the Oisvorfer due to trauma caused from the shteken (both of them), azoy: the proof, or at least the allusion to the proof, is found mamish right here in this week’s heylige Parsha of Re’ay.  Grada (so happens) that the Parsha begins with these holy words:  “Re’ay Onochi Nosain Lifneichem Hayoim” (Behold, I set before you today) [Devorim, 11:26]. And if you take some time to learn the parsha, you will find that mamish every single holiday is mentioned in it, except for Roish Hashono and Yom Kippur. Nevertheless, there is the following hint: the word “Re’ay,” which is spelled Reish-Aleph-Hey, and these letters hint to Rosh Hashono, Elul, Hoishana Rabba. The second word of the sentence -“Onochi“- has the letters Yud-Kaf, which refer to Yom Kippur. The remaining letters of that word, the  Nun and the Aleph, are 51 in gematria.  And the significance of 51? Avada this refers to the 51 days between the beginning of Elul through Hoishana Rabba, the last day for final tshuva. Shoin: from all this mishkibabale (mumbo jumbo), we deduce that the entire period is auspicious to tshuva.

And if there’s one time in the year when we are not at all envious of the Sephardim who are otherwise somewhat liberal during the year, it’s from Choidesh Elul until Roish Hashono.  For whatever reason, Sephardim begin saying Selichois on Roish Choidesh Elul, or the day after if it falls on Shabbis.  These days are considered auspicious days by all, and even those who don’t begin saying Selichois, nonetheless observe other customs of tshuvah (repentance) during this time.

What are selichois? The emes is that selichois are supposed to be special prayers for forgiveness ober in reality since the very excellent Yeshivas we attended sadly  never taught us what the words mean, in reality they mean little because kimat 100% of the people don’t say every word. In fact, most don’t say many words at all with ruba di’ruba (the great majority) reciting  first and last few words of each paragraph only; nice way to begin the season of repentance, ober azoy iz is- a reality mamish and let’s not deny the emes.

As to us Ashkenazim, well, we get by blowing  the Shoifar at Shacharis, and reciting  from Tehilim  (Psalm 27) at both Shacharis and Mincha for the month of Elul and only begin our Selichois recitation very early on the Sunday morning before Roish Hashono. The Hebrew letters for Elul: “Aleph, Lamed, Vov, Lamed,” are used by the Medrish to represent the famous verse in Shir Hashirim: “Ani L’Doidi V’Dodi Li,” — “I am my beloved and my beloved is mine.” The “beloved” represents the RBSO; thus, throughout Elul our introspection and tshuva are designed towards reconciliation with the RBSO;  gishmak mamish, no?

Elul is also a time to begin the process of asking forgiveness for wrongs done to other people. According to tradition, the RBSO does not forgive us for sins committed against another person until we have first obtained forgiveness from the person we have wronged. Given the amount of people many of you have pissed off and or otherwise hurt during the past year, beginning the process of saying “I’m sorry” could taka take all this extra time and Choidesh Elul is a great time to start. Shoin!

Many people use this time to check their mezuzois and  tefilin for defects that might render them posil (invalid).

Finally, the last letters of the each word of the phrase Ani L’Doidi V’Dodi Li, are all “Yud”. The numerical value of “Yud” is 10. 4×10=40,  the number of days that Moishe spent on Har Seenai, when he received the second set of the Ten Commandments.