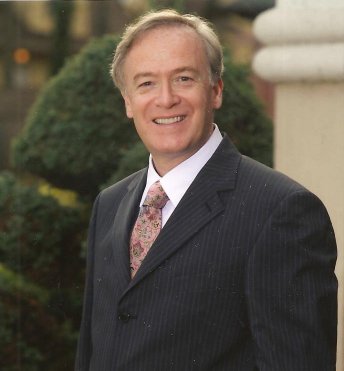 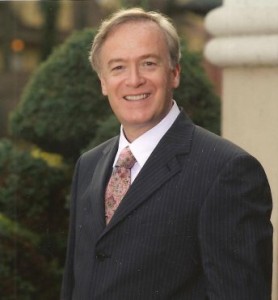 After much speculation, talk, Shabbis table discussion, rumor mongering and more, this morning the Oisvorfer Ruv (aka: ToirahRuv.com) revealed for the very first time he is indeed none other than Yitz Grossman of Lawrence, New York. Commenting on this chidush (groundbreaking) information, the Oisvorfer said azoy (like this):

Ershtens (first of all), a gitten erev Pesach and my best wishes to you and to all my readers and followers. I find myself and the gantze mishpocho along with a few neighbors and even an old girlfriend here in the desert of Las Vegas, Nevadaas we get ready to celebrate the special Yom Tov of Pesach where we celebrate our freedom from bondage at the hands of the Mitzrim, those slime-buckets. Why Las Vegas you ask? Raboyseyee: let’s roll back our clocks some 3500 years when the tzebrochene (broken) Yiddin, fresh out of 210 years of slavery and an open lifestyle, if you chap, found themselves in a desert. Did they go from Mitzrayim to Miami Beach, Orlando or to Puerto Rico or even to their in-laws and  other such places? No! Instead,

the RBSO took them on a circuitous route, through the desert so that they could learn (over a 40 year period) how to become a people, a nation and also get ready to accept the heylige toirah. And with that in mind, we selected Las Vegas, because here too we are in the desert yet not too far form the tumah that surrounds us here on the strip, loi olanu. Shoin, let’s move on.

Last week, one of the readers posted the following question:

Rumor has it that the Oisvorfer Ruv is none other than Yitz Grossman, is this emes?

While I understand his modesty in not wanting to show off his unique ability to teach the Torah  to  the masses, it’s time that he come out of the closet (so to speak) and identify himself.

Your site tells us that you are the Yitzmeister and all those who know, also of course know that there is but one Yitzmeister. Any of us who’ve had the opportunity to hear him speak publicly as a master of ceremonies for various charities or at a simcha, know this to be Yitz Grossman and I for one would like to see him get the accolades he deserves for his hard work.

Please don’t stop teaching. Your methods, though some might argue – a bit unorthodox- some even controversial- are quite brilliant and I’ve learned more torah since subscribing to your site than I did in the many years I toiled away at Hebrew school and various other Yeshivot. To borrow a phrase: you are mamish a gevaldige genius and you should proudly be identified. In fact, I and others have, at table discussions where your Torah was discussed and argued over, suggested that you consider delivering the weekly Torah by audio and perhaps also by video.

One of your humble and less than deserving talmidim.

And how does my introduction address this question? Is the Oisvorfer really Yitz Grossman? Are they one and the same? And if yes, why not come out and say so? Nu, given that its erev Pesach and it’s a time when we are commanded to clean up our chometz, perhaps it’s also best to do a spiritual cleaning of sorts. Yes, Raboyseyee: the Oisfovrver is indeed Yitz Grossman! Nu, its time to go burn chmoetz and feast my eyes on the kosher le’pesach products being offered at the pool.

A gitten Yom Toiv – chag somayach – a zissin pesach- and keep your afikoimon under control, if you chap.

Another letter from our reader, received during Chol Hamoed Pesach:

You’ve come a long way since your days at Yeshiva Be’er Shmuel and Chasan Soifer in Boro Park, New York. Though our paths haven’t crossed for many years, and though I admit too never having heard of the Yitzmeister, I was pleasantly surprised though not totally shocked to read that the person whose weekly postings I have been reading, were being authored by none other that Yitzchok Grossman, a former classmate.

Truth be told, you were always a character, quite a funny one too. I can still recall your antics in the eight grade when you organized the class to buy our Rebbe a special Chanukah present. Though we were poorer that church mice, you somehow energized the class to all chip in for the Rebbe’s special Chanukah present. I still recall the look on his face when he walked in and found either 28 or 30 bottles, all gift wrapped. How touched he was that every one of us thought of him and chipped in for his gift. And I recall also so clearly, how after opening one then two bottles to find mouthwash, how he ran out only to return minutes later with the Principal, Rabbi Gurowitz. But most of all I recall, how you laughed so hardily when you were given the opportunity to publicly apologize. You never did and were shipped to another branch of the same Yeshiva. That was 1968 my friend. Today as I read your ‘toirah’ in 2011, I can’t stop laughing. I’ve been laughing and learning since mid sefer B’reishis but am laughing much harder now that I know it’s you behind it.

You were a funny kid and I see that once funny, always funny. Few Chasan Soifer kids know how to make out some of the fancier words you throw in, let alone use them together. You and the Oisvorfer Ruv should be bentched with only good things. Hey, aren’t we all but Oisvorfs? Please continue as I and many many others read, discuss and look forward to your weekly divrey toira.

Shmois 2021: The Jewish -or maybe not- Midwives

Vayigash 2021: From Gentile to Jew Without Conversion

Vayetzei 2021: Sex by Candlelight & Was Yaakov Drunk on his Wedding Night?

Chaya Soro 2021: Avrohom and his Women