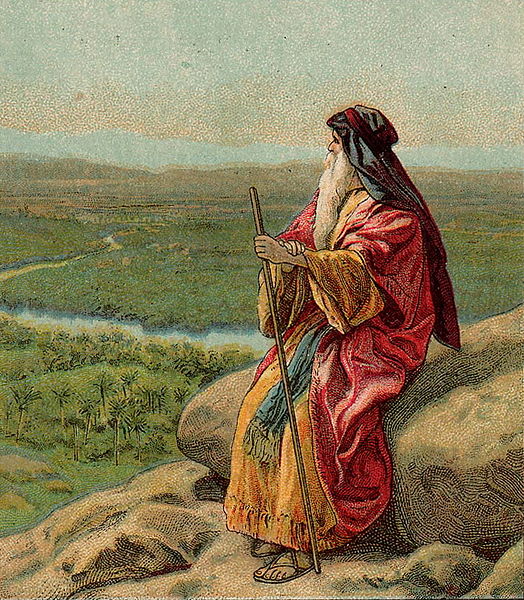 Two years ago this coming shabbis, Parshas Voeschanan, while relaxing over in Westhampton beach where the Oisvorfer was a guest for Shabbis Nachamu, his first ever weekly Toirah was written and transmitted to one reader. Nu, it’s Shabbis Nachamu 2012, two full years have passed, and the heylige Toirah is now being received by kimat 100,000, if not more, readers in several continents and all over the United States.  And guess what? The Oisvorfer finds himself, along with the eishes chayil, back in the same house, being hosted by the same good friends. Hey it’s not Grossingers, the Concord, or even the Pioneer, we are, after all, in golus but we’ll try to get by. Grada the husband is not at all an Oisvorfer chossid, if fact he swears that he doesn’t ever read or even look at it, it disgusts him mamish- his wife, though, is thankfully a fan.

Since Nachamu 2010, every single Parsha has been covered twice in true Oisvorfer style and, as year three begins next week, much thought and contemplation are being given to the year ahead: the Parsha noch a mol (one more time) or is it time to move on to other areas that could use further illumination in  Oisvorfer fashion. Efsher it’s time to cover the Haftoira or maybe even siddur, zicher you don’t know the haftoira, and mistama whatever words you actually say during davening, mean nothing to you because you haven’t a clue what they mean. And why should you? Did the Rebbe teach you or us perush hamilim (meaning of the words)?  Avada nisht, and most likely he didn’t know either and/or was otherwise preoccupied with other interests, if you chap, which he did. Shoin, let’s not go there. Efsher the Oisvorfer will take a break from the parsha and cover, as he did last night, ‘special events’ on our calendar, and guess what, mistama there are enough of those to dig into. And if not, certainly there are a slew of minhogim that others started for no known reason but which years later suddenly developed rational; maybe we’ll look into those. Ver veyst?

Nu, over the coming Shabbis Nachamu and avada after learning Daf, davening, being maver sedra at least twice, dipping in the mikveh, enjoying three meals of which at least one will have bosor v’dogim (meat and fish) and after a nice long walk on the beach (within the techum avada), the Oisvorfer’s head will efsher clear up and decisions will be made.  Until then and so as not to disappoint the many chasiddim, here’s a shtikel overview of Parshas Voeschanan; enjoy this special shabbis and avada you should, if you haven’t already, read the Oisvorfer’s missive on Tu Be’Av and the Taliban tactics being used on our impressionable meydlich who might be or are in the parsha, if you chap.

Anyway, it’s shabbis Nachamu and it’s time to be happy- but may we taka enjoy ourselves? Some are of the opinion that we may never be happy again because we are in Golus and that happiness will only return when we lay the foundation for the third Bayis (third Temple). Nu, since that’s apparently not happening so fast, efsher we could make ourselves happy by laying some other foundations, if you chap. Zicher, it’s worked in the past. And I hate to dampen the mood on this special shabbis but the parsha (Vo’eschanan) is quite depressing, and now I’ll tell you why. Shoin, let’s begin.

As the Parsha begins, Moishe is still pontificating: Vo’eschanan el Hashem (and I beseeched the RBSO). Moishe, still talking since the last Parsha, is telling the BNY that he begged and pleaded with the RBSO to rescind his decree, but that the RBSO refused. Apparently, Moishe is on the ‘bad boy’ list and the RBSO is taking a tough stance. What’s pshat here and what chance does an Oisvorf like you have if Moishe couldn’t successfully beg forgiveness? Sadly, not much, in fact, efsher zero! Why behave ourselves? Why daven? Why do t’shuva? We haven’t got a shot! Zero, Nada! We’re done and kaput. Do you really think that asking the RBSO for forgiveness on Yoim Kippur, on that one day in shul while we’re counting the hours before we can run home and eat, where we daven Maariv while skipping half the words, where all we’re concerned about is what kibbud (honor) the shul did or didn’t give, will get the job done? Will that half hearted t’shuva be mechaper (forgive) all of our sins? Yikes!!! And this is taka why I’m depressed, and so should you be. Ober is all taka lost?

Here’s Moishe, the greatest manhig (leader) of the Yiddin, the man who assisted the RBSO in leading us out of Mitzrayim where they slaved for 210 years, this same Moishe who led us for 40 years, having to endure many calamities, this same Moishe who begged successfully at times for the RBSO to forgive the Yiddin for  their (many) indiscretions, and now, he can’t get out of his own mess? Over a shtekin (stick) incident? How many times have you misused your shtekin you chazerrim? Woe is to you (us)!!

Nu, if you remember a few weeks back, Moishe had some incident with a rock, using his shteken (stick) when he was supposed to use his mouth. Sadly, you all chap this concept and let this be lesson to all of you: keep your shtekin out of danger!  The RBSO advises Moishe that he shall never cross over the Jordan to see the Land.. Veyter…Avada you can imagine how distraught Moishe was over this news, and says the Medrish that Moishe begged the RBSO 515 times (interestingly enough- the gematria (numerical value) of the word Vo’eschanan is 515) and still the RBSO would not forgive him.

And what was he asking for already?  A new car?  A new stick?  Another eishes chayil, efsher (maybe) a white one this time? No! All he wanted was to step foot into the land, and didn’t he taka deserve that? And not just did the RBSO say no, but listen to this: Said the RBSO:  not just is the answer still no, but stop asking me; case closed! Moreover, says the heylige Toirah, that the RBSO teased Moishe and told him to climb the mountain and gaze his eyes in all four directions to see the land that he wasn’t going to see up close. Is that nice? What a reward for his dedication, gevald!

Ober Raboyseyee and Raboyseyettes, all is not lost. I believe that even minuvullim (lowlifes), like most of you are, still have a chance, and here’s taka why? Because you’re not Moishe Rabaynu, it’s that simple, and that’s the givaldige news from this Parsha.  Seemingly the RBSO held Moishe to a higher standard taka because he was Moishe Rabaynu, the near perfect person. And that’s what you get for being too good, something none of you need to be concerned with. Ober the RBSO taka knows and chaps that you’re nothing but a bunch of sinners and therefore He expects little from you (and taka you don’t disappoint) and therefore His standards are mamish lowered dramatically. You chap all this? In other words: the RBSO is marking us on a steep curve, the same one that allowed many of you to graduate high school and college.

And therefore Raboyseyee, for most of you and even the Oisvorfer, one day of serious t’shuva on Yoim Kippur may taka get the job done. Avada for some of you, maybe two days are in order, and mistama some Rabbi will come along one day soon and taka declare that one day of t’shuva isn’t enough and extend Yoim Kippur to a second day. Hec, why not? Isn’t that how the nine days became three weeks? That’s exactly how!

And to tie this Parsha into the special edition on Tu Be’Av sent out moments ago mamish, listen to this. Says the heylige Toirah (Devorim 4:1-2) azoy:

And now, O Israel, give heed to the laws and rules that I am instructing you to observe, so that you may live to enter and occupy the land…You shall not add anything to what I command you or take anything away from it, but keep the commandments of the Lord your God that I enjoin upon you.

Says Rashi, who else, quoting the Sifrei, that these words simply mean what they say. One (you) literally should not add or subtract to words, commandments and other laws spoken by the RBSO. By way of example, the Toirah says that there are four species, the luluv (palm), esroig (citron), hadasim (myrtle), and aravot (willow) that the Yiddin are told to take on the Yoim Toiv of Sukois. Four means four and not five, and one should literally not add a fifth species or take away one of the four.  Easy enough to chap, no? Simply do not add and do not subtract. Another example he cites is Tzitzis. We are commanded to have four, one should not add a fifth. In essence Rashi is explaining this issur (prohibition) as one against changing the identity of a mitzvah.  The mitzvois listed here are characterized by their number; we cannot add on to a mitzvah that has a prescribed number associated with it which characterizes it.

Nu, avada you bursting at the seams and wondering: whatever happened to these holy words? Aren’t they part of the 613 mitzvois? Yes they are! But seemingly they’re extinct!!!

Rashi’s explanations sound simple and logical enough but is this the velt (world) we live in? Isn’t it the emes (truth) that many of the modern chumras (restrictions) are not at all based on the Toirah’s holy words? Does the heylige Toirah describe an eight day Pesach or a seven day Yoim Tov? Answer: Seven! Ober, do we have an eighth day here? Answer: Indeed we do. Why? We celebrate an eighth day because the uber choshova Rabboinim (rabbis) added an extra day. Are they getting a cut of the Matzo sales?

Ober Raboyseyee, let’s not jump down the Rabbis’ throats and avada we should never let any Rebbe jump down yours and zicher not your kinderlach, if you chap. Efsher pshat is that it all comes down to interpretation, and taka this would make some sense. Maybe the recipients of the heylige Toirah on Har Seenai (and according to the medrish, that includes us) heard all the same words but efsher, we understood them differently; could that be pshat? Ver veyst.

Vus iz de untersthe shira (what’s the bottom line)? The Oisvorfer believes that avada unzerir Rabonim (our Rabbis) added and subtracted, and he’s also convinced that were Moishe Rabaynu to make a sudden reappearance, he wouldn’t recognize many of the crazy minhogim and chumras enacted; efsher he too would have a hard time meeting a nice girl in a white dress or even a regular white girl. Sadly, it may take his return to once again lead with directions from the RBSO.