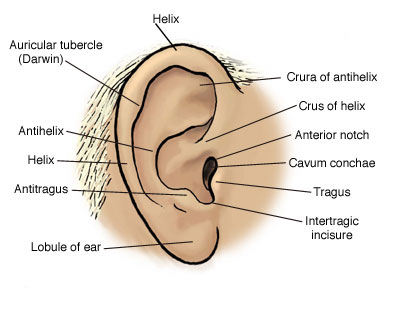 Nu, after a short two day break, the heylige Shabbis is here again and this week, we’ll have the pleasure mamish, of hearing Parshas Ha’azinu (which means “listen”).  Ha’azinu, with its 52 pisukim is the 3rd shortest parsha, a relief mamish after a long and kimat all day event on Yom Kippur, and is, as the eishes chayil would say, the penultimate parsha in the heylige Toirah. Sadly many of you oisvorfs have no clue what that means ober I assure you it’s a real word; check it out.  Ha’azinu and the last parsha in the Toirah –V’zois Habrocho which we’ll hear on Simchas Toirah, contain Moishe’s last words to the Yiddin before the RBSO carries out His sentence of not allowing Moishe to lead the Yiddin into the Promised Land. Seemingly it’s not a very good idea to anger the RBSO: He has a long memory especially for tzadikim (righteous) that make tiny errors of judgment. Avada that’s a relief for most of you and we are taka taught that the RBSO punishes those good guys for the tiniest of infractions.

Ha’azinu consists almost completely of one long song or poem and is Moishe’s swan song. As he is about to pass away, Moishe offers a poetic presentation of the history of the rocky relationship between the Yiddin and the RBSO and his perspective on the future.  They’re not all very pleasant. The words in Ha’azinu are shver (difficult) mamish, even for the few of you who can learn some basic Chumish without having to resort to the English translation.  It’s not easy to chap the exact sense of the words, they are written in a highly literary, and often obscure style and some taka wonder what suddenly got into Moishe on this, the last day of his life. If any of you  are  serious about understanding this seminal poem, you’ll have to read it very closely, examine the imagery, get a sense of the structure, fall asleep and after a few hours try again.

Asks Rav Levi Yitzchok of Berditchev azoy:  why, at the end of his life and the end of the Toirah, did Moishe suddenly depart from the prose style which he had used for most of his life and speak instead, in verse? Not just does he ask this kasha but he also offers an explanation that were anyone else to suggest it, zicher that person would be placed into cherim (excommunicated).

Say the good Rav Levi Yitzchok, that on this day, Moishe’s last, he was weak and tired and zicher neither the man nor the Novee (prophet) he had once been. Moishe  was therefore forced to abandon the clear, direct, precise, and readily understandable prose style which he employed for most of his career and lapsed, instead, into an obtuse, allusive, stylized and difficult-to-chap poetic style. What all that means, the Oisvorfer has no clue ober continues Rav Levi Yitzchok: the poetic material which Moishe sang out at the end of his life does not constitute a crowning artistic achievement but, rather, a falling off of his powers of communication, a lapse, brought on by his advanced age, failing powers, and impending death. Yikes! Could this be pshat?

Bikitzur (in short), Moishe predicts with 100% accuracy how the RBSO and the Yiddin will treat each other in the future, and it’s not a very pleasant picture. Says Moishe:  the Yiddin, as they have done in the past, will abandon the RBSO in their illusory sense of affluence and security. The Yiddin will become comfortable in the land, build their homes, grow rich, and spurn the RBSO. Sound epes familiar? Oy vey!

The RBSO will zicher get very upset with His Chosen People, punish us severely ober in the end, He will not completely and utterly destroy them.  Moishe predicts that the RBSO will avada save the Yiddin, but not on account of their good deeds; rather because He has a larger agenda.  Thankfully, the other nations are much worse mamish, and compared to them, those vilde chayis and minuvils, we’re not so giferlich. Everything is relative. Are we a tough bunch of survivors or what?  Shoin

At the end of the Parsha, the RBSO commands Moishe to ascend Har Nevo to view the land one last time and then pass away. The RBSO again reminds Moishe that because of his shteken (stick) sin of hitting the rock, he will not be permitted to actually enter the Promised Land.

Yom Kippur 2012 – Of Money and Forgiveness