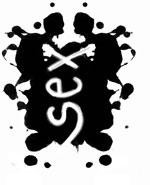 Matzo, Sex and the Rorschach Test

Says the Merriam-Webster’s Dictionary about the Rorschach Test azoy: It is “a psychological test in which a subject interprets ink-blot designs in terms that reveal intellectual and emotional factors.” A joke that was popular decades back about this test went something like this: The doctor shows the subject an ink-blot and asks ‘what does that make you think of’? The responder: sex. He shows another and asks the same question. The response: sex. And then another and one more and gets the same responses: sex. The doc asks: why does everything make you think of sex? The subject: Well, you’re the one showing me all these dirty images! Bada beem…And with that introduction…

Shoin, were you ever to play the game of word association, and someone began by saying ‘matzo’, mistama you would respond with ‘Pesach’ or even ‘shmura’. But would that be correct? Would you ever retort with ‘sex’? Mistama not! Of course not! Who would? What the hec has matzo to do with sex? Shoin, we will address that below in this special but very short Erev Pesach shtikel. As an aside, previous givaldige and highly entertaining Erev Pesach and Pesach editions are available on-line.  Check them out here. 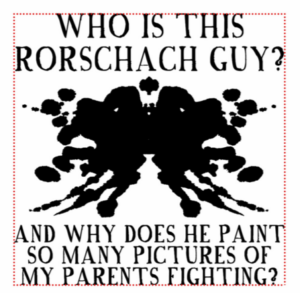 For the past six years, the Oisvorfer has been telling you that for reasons that remain mostly inexplicable, those who wrote the heylige Gemora and many a medrish on the Gemora, including the bigger guns, very well known names and luminaries, on many an occasion, and no matter the topic, found epes a way to introduce a shtikel sexual content into the discussion. Grada, judging by the Oisvorfer’s readership, it’s mashma (abundantly clear) that these guys were geniuses. Generations back they chapped that a great many -which avada includes many of you- would have little interest in learning the folios of the heylige Gemora, Rashi, Toisfis and even critical Halocho Limyseh (practical laws). Many would find these topics too esoteric, boring and not for them. Ober they also chapped that we/you mamish needed to know the important halochis. As well they wanted us to study and spread the words of the heylige Gemora (Talmud). We needed to chap when to chap and when not, when to eat matzo and not. And so on….To solve this conundrum, they came up with a novel solution. They introduced sexual references, innuendo, and sex mamish into many a discussion. What’s the difference between a reference, an innuendo and mamish? That for another day. Ober for today, on the eve mamish of Erev Pesach, the great holiday when we celebrate and mark our freedom after 210 years from slavery at the hands of the Mitzrim (Egyptians), we need to chap a halocho (law) that will be going into effect mamish this evening. Avada not all agree that this halocho becomes effective tonight and some will suggest that it does not take effect until the morning. Yet others will provide an alternate time. What is this halocho (law) and what has it do with sex?

Shoin, as the Oisvorfer was himself brushing up on the critical laws of Pesach, he came across this most intriguing halocho and an effective way of remembering it: it is forbidden to eat matzo on Erev Pesach, meaning on the day preceding the evening (the first Seder) of Pesach. Who says this? The heylige Yirushalmi Gemora (Pisochim 10:1). For practical purposes and for those that don’t know what ‘erev’ means, and because Pesach begins this year on Friday evening -mamish when it’s already dark, one may not eat matzo all day on Friday. Ober when does Friday begin? And when does the prohibition mamish kick in? And does everyone agree? Of course not! 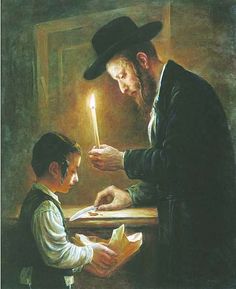 Says the RambaN (Pisochim 15b) azoy: the prohibition begins with bidakas chometz (search for leaven) which is performed the evening before the holiday (this year on Thursday evening): no matzo may be eaten all day Friday. Ober said Rabaynu Nissin that it’s not so. One can eat all the matzo one desires before and after bidikas chometz and throughout the night. The prohibition begins only with daybreak on Friday morning (this year). And for good measure, let’s state one more opinion. Says Reb Zerachia HaLevi: the prohibition against eating matzo begins only at mid-day on Erev Pesach. When is mid-day? Shoin, mistama that’s another machloikes (disagreement) which is not germane to the point we shall get to momentarily if not later. Other luminaries take sides for and against the three quoted times of the onset of the prohibition. To further complicate matters, a few will argue that we can eat egg matzo on erev Pesach, however, not during the last quarter of the day, whenever that is. Shoin, and what do all these opinions have to do with sex on Erev Pesach or any other time? Listen to this!

Ober, before we answer that question, now would be good time to share this tidbit of information. A healthy number of orthodox people, do not eat matzo the entire month of Nissan. They abstain from matzo eating beginning with Rosh Chodesh Nissan (1st day of the Hebrew month of Nissan) up until the seder. And because some do that, others must do something else; isn’t that the orthodox way? Some have the minhag (custom) not to eat any matzo beginning two weeks prior to rosh chodesh Nissan, meaning they begin refraining from matzo two weeks after the joyous holiday of Purim. Are you paying attention?

And why not? Says the RambaM azoy: the purpose of this prohibition against eating matzo on erev Pesach is to provide a clear distinction between partaking of matzo as an ordinary food for pleasure or preference (say with cream cheese and jelly, or matzo pizza on the second night of any Yom Tov when one doesn’t feel like eating meat and chicken late at night) and when performing the mitzvah mamish of eating matzo as commanded and described in the heylige Toirah. Very logical. Are you following all this or, are you busy thinking about matzo and sex, chazir that you are?

Speaking of abstaining, said Rav Levi in the heylige Gemora (Yirushalmi, Pisochim 10:1) azoy: “one who eats matzo on the eve of Pesach is likened to one who has relations (of a sexual nature avada) with his betrothed fiancée while she still resides in the home of her parents.” Well, blow me down! He said what about eating matzo and having premarital sex? Shoin, mistama he wanted you to get the point and always remember not to eat matzo on Erev Pesach and after you read this shtikel review, you taka won’t ever forget this halocho. Nu, certain wiesenheimers mistama want to know if this example remains valid in a case where the fiancée happens to live in her own apartment, or shares one with others? Is eating matzo on erev Yom Tov still akin to premarital relations if the fiancée does not live with her parents? Taka  an excellent kasha bazman hazeh (in our times). That question however is also not germane to our review and let’s go veyter. The point of the heylige Gemora was seemingly to teach us azoy: one who chaps his fiancée before the wedding and seemingly davka in the home of her parents, is seemingly likened to one who eats matzo on erev Yom Tov!  Shoin.

Wait, there’s more to say about this wild association and taka said the Abudrohom azoy: just as one must have seven blessings before the marriage (the sheva brochos we assume, or a few of the blessings under the chuppah + a few sheva brochos), before his fiancée is permitted to him, so to, a person must hear seven blessings or make seven blessings at the seder table on the night of Pesach, before he can enjoy the matzo. Which seven brochos must one hear or recite? Shoin, this too is somewhat of a machloikes (disagreement).

Shoin, there you have it. Matzo and sex are taka related and one must be careful not to chap either the kallah (fiancée) or the matzo too early.   Premature chapping of the matzo, as well, premature dippings, if you chap, prior to allotted time and blessings, are both verboten; seemingly both should be enjoyed at their proper designated times. Both are better served yeast free.  Did the comparisons of nido blood to matzo inspire a few umois ho-oilom (goyim) to a further connection between matzo and blood in the form of blood libels? Ver veyst.

Wishing all readers a chag kosher v’somayach – a happy, kosher and joyous Pesach wherever you may find yourself.