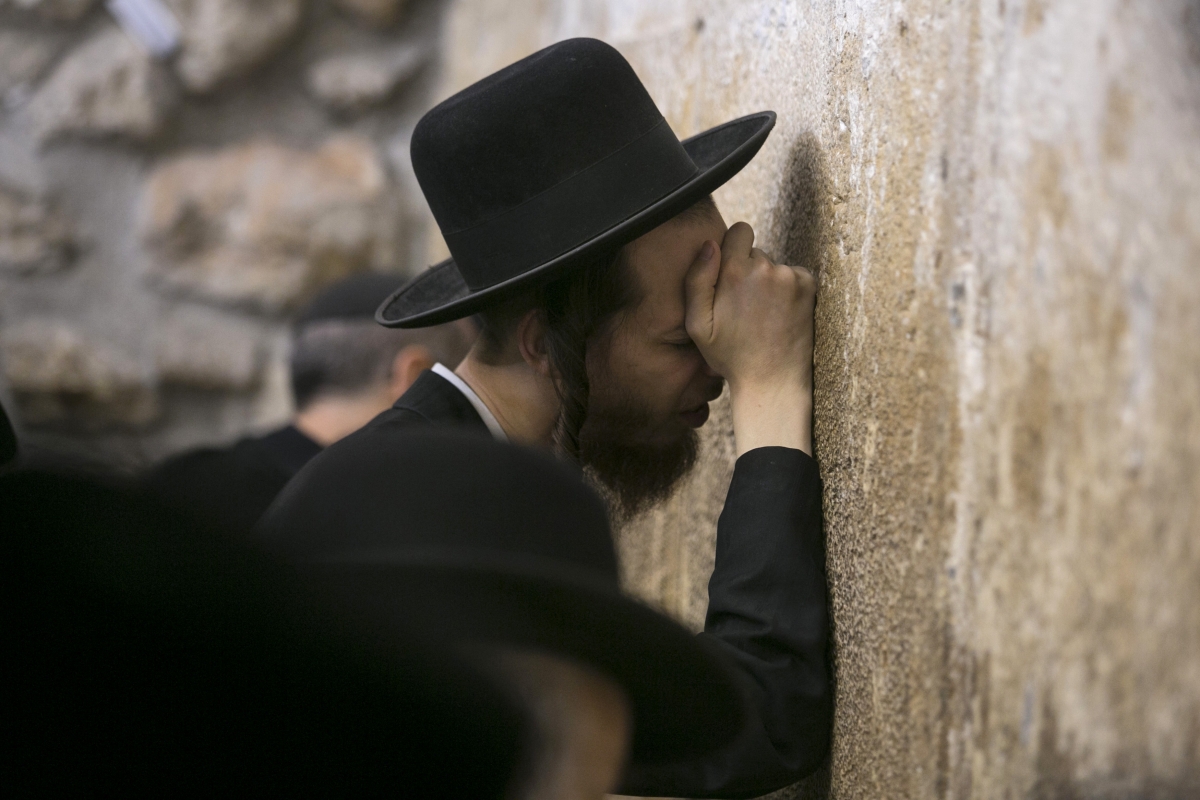 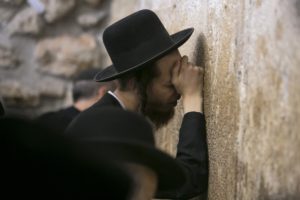 We begin with some good news: If you are reading this pre Yom Kippur short review, you are still alive. The RBSO has decided over Rosh Hashono, to give you a second chance to straighten out. By definition that means, or so we are told, that you are what they call a ‘bayninee.’ Our rabbis in the heylige Gemora tell us that on Rosh Hashono, the RBSO opens three sets of books. The pure and righteous, the one’s they call tzadikim are inscribed for life and good tidings. The really bad, the ones that spent the past year doing bad, chapping, and speaking badly, are immediately judged with consequences to follow, and the beyninim, the middlings, are to be judged some time later. The RBSO will give you some time to repent. In fact, He gave us a total of 10 days to get our acts together. From the onset of Rosh Hashono until mamish just before the fast is over on Yom Kippur, He remains hopeful that you will finally do the right thing and repent for your errant ways. And if that weren’t enough and avada it should be, our rabbis introduced several other practices, all designed to help stir us on towards tshuva and clean slates. 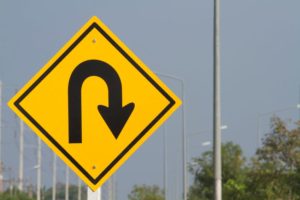 They gave us the ‘tashlich’ ritual during which we symbolically transfer our sins onto some pieces of challah, or bread (whole wheat works better, according to some), before tossing the sin laden bread into some body of water. We are to recite the ‘tashlich prayer’ on Rosh Hashono, ober avada, a few extensions are offered and one can still avail him or herself of the Tashlich prayer and bread tossing up until Hoishana Rabba. Because our rabbis chapped that you may have, if you chap, they also gave us the kaporis ceremony during which we attempt to transfer our sins onto an unsuspecting chicken which is then immediately sentenced to death. They tell us this ritual is more effective, when we conjure up images of ourselves being slaughtered. Mistama this is to atone for other images we conjured up, and enjoyed during the year, if you chap. For those squeamish about having live chickens waved over their heads (the chicken isn’t too excited either), bi’di’eved (as a last choice), they allowed us to transfer our sins onto some cash which is first waived over our heads before being given to charity. 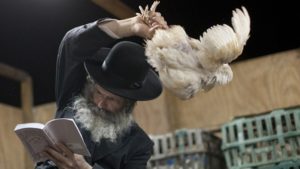 If you partake in these rituals, and take a dip in the mikveh (ritual bath) on Erev Yom Kippur where again, symbolically we cleanse our bodies alongside a few hundred other naked men, some mamish a bit too happy to see you, if you chap, which some have sadly attempted over the years, and also daven while fasting with some kavono (sincerity) on Yom Kippur, which includes the klapping of a few hundred ‘al cheyts’ (a prayer where we admit to various very specific sins), the RBSO signals that He is willing to forgive. He’s all about second chances. Seemingly His patience is unlimited. He does this because avada He chaps that we are but losers in the daily battle with the ever mighty ‘yetzer horo’ He himself gave us. He knows that we are but human; at times much less, especially when we behave like bihaymis with vilde chayis, if you chap. The bottom line is seemingly azoy: on Yom Kippur we have the chance to convince the RBSO that we sincerely regret our past misdeeds. He in turn wants to accept our tifilos (prayers); efsher He has to ver veyst? Absent of His compassion, few Yiddin would be left. Maybe just enough for a minyan here and there.

Ober with all that said and done, our rabbis have taught us, over and again, that although the RBSO is willing to forgive and offers us kimat unlimited chances, Yom Kippur does not atone for sins between man and man. Thankfully it may forgive a number of sins between man and woman; for some, even when the woman was not yours, if you chap. Ober should you have aggrieved your fellow man by hearing, speaking, repeating, and or spreading some juicy loshoin horo and richilus, Yom Kippur does not atone. We speak avada about the spreading of gossip, slander, biting criticism and other words which cause humiliation or harm. The slate remains dirty and stained unless and until the sinner finds a way to seek and receive forgiveness from the victim(s). Moreover, they taught us azoy: unless and until we seek forgiveness from the people we aggrieved in the past years or years, He does not offer His forgiveness for the other grievous sins committed against Him and the heylige Toirah. All the loi-sah-says (thou shall not do’s) violated remain on His books and that raboyseyee and ladies, is not a good thing. In fact, very bad. Says the heylige Mishneh (Yoma 8:9) azoy: “Sins between one man and his friend, Yom Kippur does not atone until one appeases his friend.” Avada we needn’t elaborate: guilty as charged, all of you! Shoin. 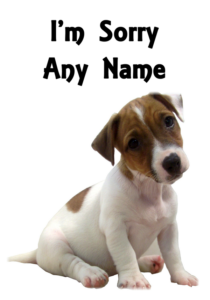 Are there exceptions? Does one need to ask michila from a friend in all circumstances? Is forgiveness from friend ‘A’ required when that particular friend has no clue that you ever gossiped and bad-mouthed him behind his back? In other words: friend ‘B’ to whom you disclosed or shared gossip about A, never disclosed the gossip; friend ‘A’ remains clueless. He naively believes that you are mamish a chaver, yet behind his back you gossiped about him. Now, if you come clean, he will be hurt and your entire relationship might suffer. Is the michila coming at the expense of the relationship? Says the Oisvorfer azoy: thankfully this is but a hypothetical question. In real life, there has never yet been a case where gossip wasn’t forwarded or disclosed.

Noch a shaylo (another question): Is michila required, if while gossiping or speaking loshoin horo about ‘A’ – you made chaver ‘B’ (to whom you gossiped), swear that he would not further spread the gossip?  Do you require michila? Or, is it on ‘B’ that dirty rat bastard, who couldn’t  keep a secret, to seek michila from A? Says the Oisvorfer: indeed you must seek forgiveness. You should have known better than to trust anyone, even your very closest, to keep the secret. As the Oisvorfer’s father -OBM, would often repeat: a secret is only good between two people when one is dead! Fartig! 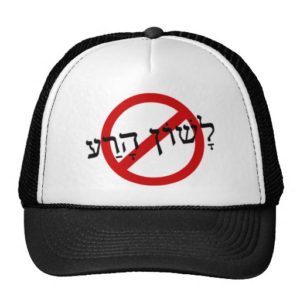 In recent years, much of the loshoin horo and other slander has been not said but instead spread over the Internet. And the next shyelo is azoy: may we use, or are we required to make use of the same Internet when seeking to mend broken relationships? And says the Oisvorfer azoy: Seemingly everyone enjoys a good michila, if you chap, and thankfully the RBSO allowed the Internet, to be invented (efsher through Al Gore, remember him, ver veyst), and later also approved its evolution to include killer apps such as email, texting, and now myriad other online methods of communicating. All these mediums have greatly expanded our abilities to reach out and offer mostly less then sincere apologies for wrongdoing against our friends. Ober, does an emoji with a sad or smiley face count as an apology? And taka the internet has, next to shul gossip for which there is kimat no equal, become the preferred medium of gossip mongering. Oy vey, its’ mamish giferlich. And, instead of using the Internet as intended, limoshol to surf Trump’s failed exploits of a hot shiksa, or help him find her cat, if you chap, or efsher to read and spread a few good jokes, stream movies, watch You Tube for endless hours, and to keep abreast of world events, it’s instead being used to spread a not so healthy majority of the loshoin horo and gossip we read today. Yikes! What to do? 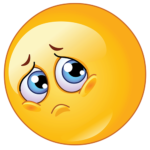 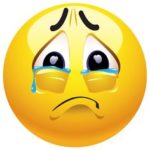 Nu, to help mitigate the negativity of internet loshoin horo, and to properly assist Oisvorfer followers in seeking some form of forgiveness from the many they mistama aggrieved during the past year, the Oisvorfer has decided to taka utilize the Internet as a tool of forgiveness, and has updated his ‘michila form’ for 2016. Feel free to copy, paste, print and send to the many on your gossip list.

5- What I specifically said or wrote about you. Attach copies of any and all emails, text messages, and anything that you wrote, exchanged and or forwarded about another friend, relative and others, here___________________

9- We are in this together.

10- I am willing to forgive you if you forgive me. Shoin!

11- Notwithstanding that some of, or most of what I may have said, or repeated, is emes (true), and though I am definitely guilty as charged for being the conduit for others reading, receiving and then further forwarding the schmutz I dug up on you, and though I mamish had fun at your expense, though I mamish did bad, I beseech you and ask that you offer me michila (forgiveness) in order that the RBSO will go easy on me.

13- Why should you consider my request and offer complete forgiveness? Because it’s likely the case that you did the same, you too are guilty as sin of disseminating loshoin horo. Don’t be walking around like a victim! If you don’t forgive me, you are nothing but a hypocrite and the RBSO should punish you severely. Moreover, I will tell everyone on my email list that you are bad!

A Gemar Chasima Toiva to all -May all Oisvorfer readers and avid followers be forgiven and sealed for a great year ahead.