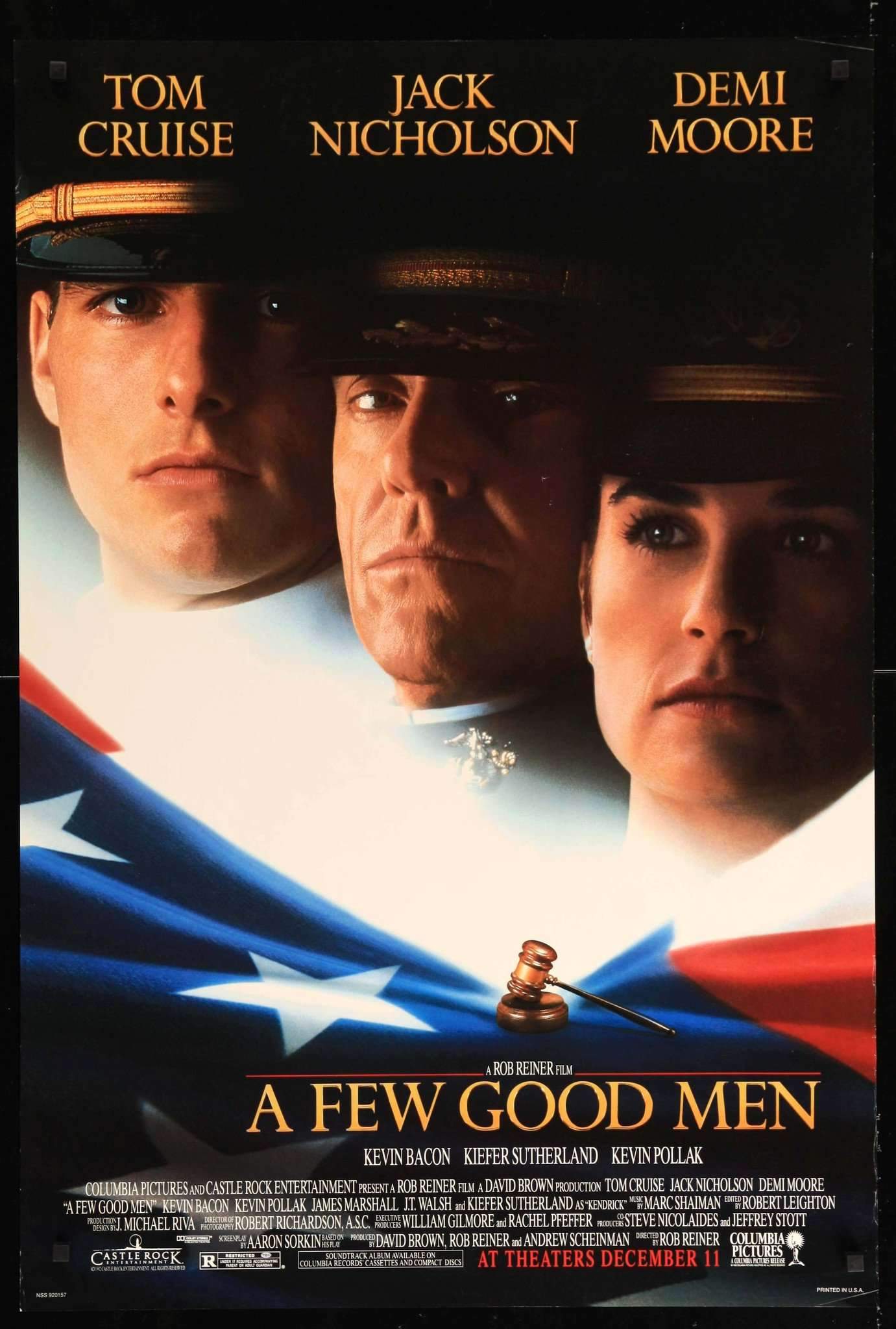 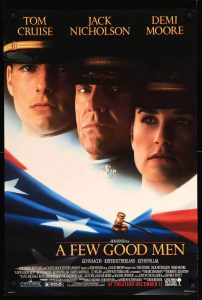 Welcome to parshas Yisroy, the parsha which recounts the marriage -albeit, more than a bit shaky at times- between the Yiddin and the RBSO, which took place in the year 2448. In this, our ninth review of Yisroy, let’s focus on an event that took place either before or after Matan Toirah (Revelation). How could this event have taken place either before or after? It’s azoy: though the heylige Toirah describes the event in the pisukim leading up the Revelation, some say it took place after Yom Kippur a good number of months after the holiday of Shovuis when the Toirah was given. And how do we reconcile theses dates? We don’t! Our Sages have taught us that there is no seder (date order) to events described in the heylige Toirah. In gemora parlance: “eyn mukdam u’muchar ba’Toirah.” We learn of the events as Moishe wrote them down. Why he wrote certain events out of sequence, ver veyst? The bottom line: that is how the RBSO dictated the events to Moishe. In any event, let’s review what took place between Yisroy, Moishe and the Yiddin during Yisroy’s visit. In order to chap, let’s set the scene and also read a few pisukim innaveyning. 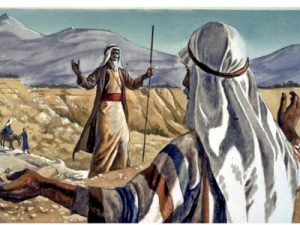 Yisroy noticed and is disturbed that Moishe is sitting in judgment of the Yiddin all day. He’s also upset that while Moishe is literally sitting, the Yiddin are forced to stand on line all day and night. Yisroy suggests that Moishe hire help. He lays out his idea and plan. He tells Moishe to stop micro-managing and to hire a management team. And with that introduction, let’s chazir (review) the following pisukim innaveynig (let’s read the text). Says the heylige Toirah (Shemois 18-14-16), azoy:

As you read above, Yisroy told Moishe that he alone could not sit and judge the people all day and night. Moishe would tire and needed help, a management team. Yisroy then laid out several qualities Moishe should look for in his team. It appears that he laid out four critical attributes. One medrish will teach us that in fact he listed seven; we will review those shortly. The heylige Toirah seems to list four attributes. Moishe was to find: men of ability; G-d fearing men; men of truth, and men who hate monetary gain. Says Rashi: the men of ability needed to be rich people, people who as a result of their wealth, had no need to flatter or show favoritism towards any litigant. Men of truth describes men who commanded trust, men whose words could be relied upon as result of their truthfulness. Men who hate monetary gain describes, according to Rashi, men who hate money, even their own. Who that person was, ver veyst? Was such a person ever found? Born? As an aside, a number of exegetes further describe the attributes or definitions of the words Yisroy used to describe his desired management team, ober those for another day. 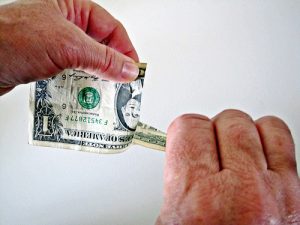 Says Rabaynu Bichaya so gishmak, azoy: all the criteria listed by Yisroy, point to ethical behavior.  Moral integrity is a condition precedent for the role of magistrate. Interestingly enough, Yisroy never mentioned having a long beard and or payis (side curls), or even being well versed. Zealots who who hide behind their beards would have been specifically excluded. Yisroy suggested that Moishe find good people, people with a heart, people who would instinctively do the right thing. The RBSO heaps special praise on people like Noiach, Avrohom and Yaakov, ober none are shouted out for their ability to learn a blatt (a folio) or more of Gemora. They were shouted out for doing the right thing.

Was Moishe successful? And just how many men would Moishe have needed to implement Yisroy’s plan? Let’s begin there. Yisroy suggested that Moishe hire people to service thousands, hundreds, fifties and even tens of people. Given what we learned (near the end of parshas Boi), that approximately 600,000 men left Mitzrayim (Egypt), it would appear that Moishe would need to find close to 80,000 people who met the standards Yisroy laid out. In fact, most medroshim agree that in the end, Moishe was able to assemble a team of judges and that the number totaled 78,600 people. Ober did they all have the qualifications Yisroy described on his job post? Also, who was going to service the women? Let’s not go there. And what about the Erev Rav? Shoin, those issues are not addressed and let’s assume that all the women got along and let’s also assume that the Erev Rav did not quarrel nor require any special attention. Of course not! Ober, was that at all emes?

Ober, what exactly was on the minds of the Yiddin? Why taka was Moishe sitting in judgment all day and night answering questions? What was there to fight about? Sitting in judgment connotes that there were indeed issues amongst the people; those who came were litigants. People had disagreements and they must have been important enough for them to stand on line all day waiting for Moishe to adjudicate them. A number of Sages suggest that the Yiddin came to inquire about Toirah law. As well, according to some, they came to ask for blessings for the sick and to get advice on where to locate lost items. Was Moishe running a lost and found operation? Moreover, why judges were needed to give blessings to the sick, ver veyst? And as to why judges were needed to give advice on how and where to retrieve lost items, also ver veyst? 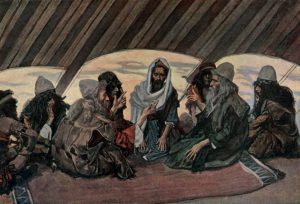 Shoin, if we assume the litigants came over monetary issues this all makes more sense.  Seemingly, according to this view, there were wealth distribution issues. Ober weren’t all the Yiddin wealthy? Didn’t they all “borrow” gold, silver and clothing from their Egyptian enslavers? And didn’t they all sell water for cash? Why were there Yiddin who were seemingly  wealthy, and others who were not? Shoin, efsher pshat -one offered by the Oisvorfer himself- is azoy: In an early form of socialism, vs. democracy, the battle lines were drawn shortly after the Egyptians drowned at sea. Avada you recall that the Mitzrim gave chase with 600 of their finest chariots. Medrish teaches us that each was adorned and laden with Mitzrayim’s riches in various forms.  Avada you recall from last week, that the sea swallowed them all. Horse, rider and chariot, were all swept away by the raging waters. None (except Paroy maybe) were spared. And then? Shoin: the RBSO, making good on His promise (He always does) had the sea spit out all the riches which adorned their chariots. Ober it could efsher be that not all Yiddin got to enjoy those riches. Why not? Those Yiddin who were fortunate to cross the sea last and were closest to the action when the sea regurgitated the riches, were properly positioned to chap the spoils, while those who crossed early, those who jumped in first and crossed early, were already too far out on dry land to benefit from those riches. Shoin: at that point the Yiddin were already broken down into two classes: the have’s and the have not’s. What to do? What happens when some have and others don’t? What happened before a socialist like Bernie Sanders and now others, came upon the scene? They cried foul! Seemingly, a number of Bernie’s ancestors, the have not’s, came to Moishe and argued for a system of re-distribution, while those already in possession of wealth invoked the finder’s keeper’s principal. Accordingly, Moishe needed to sit and judge, ober Yisroy now suggested a more comprehensive judicial system. 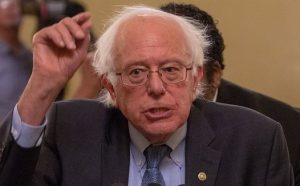 Let’s revisit that Chizkuni who says that pshat is azoy: there were in act disputes over money. Those disputes were sparked by the Erev Rav (the mixed multitude), those approximately 2.4-2.6 million people we labeled as nuchschleppers (tag alongs). We are taught that they converted and left Mitzrayim with the Yiddin. We are also taught that there were no poor Jews in the Midbar. Recall, each had “borrowed” gold, silver, fine clothing, and also sold water for cash. Ober the Erev Rav were not as wealthy, or not wealthy at all. When they saw the Yiddin collecting the spoils of the sea and when they noticed the Yiddin laden with gold, silver, fine clothing and cash, they began fighting with the Yiddin. They claimed that the spoils of war really belonged to their people, the Mitzrim. And for that reason, Moishe sat in judgment. Nu, with over 2.4 million litigants, we can now chap why they stood and Moishe sat all day and night. And we can also chap why Yisroy suggested a management team. Givaldig.

Moishe agreed to finding men with all these qualities to help straighten out the mess. Ober, where was he going to find people who despised money? Was that person ever born? Among the Yiddin? Says the  RambaN azoy: In verse 25 we learn that Moishe did select “anshei chayil,” men who were capable. Ober, what about all the other qualities Yisroy was so adamant about? Says the RambaN: when the heylige Toirah mentions that “anshey chayil” were selected, it is also telling us that same people had all the other qualities Moishe was told to seek out.

Ober is that emes? Did Moishe really find people who were honest and hated money? Says the Sifri (on Devorim 1:15), azoy: In fact, before we share what the Sifri had to say, let’s read three pisukim (verses) innaveynig. In chapter 1 of Devorim, in the last weeks of his life, we find Moishe retelling the Yiddin all that took place during the past 40 years while traversing the Midbar. Says the heylige Toirah (Devorim 1:13-15) azoy:

Says the Sifri so gishmak azoy: In reality, Yisroy listed not four attributes the judges needed to have, but seven. The candidates for judges needed to be 1-capable, accomplished men 2-G-d fearing 3- men of emes (truth) 4- men who despised money 5- wise men 6- men of understanding, and, 7- men who were known (familiar) to the tribes. Ober, let’s get real: where was Moishe gong to find these men? And so many? Says the Sifri: if you look carefully at the words quoted in the pisukim above, they list only three of the seven character traits Yisroy enumerated. Seemingly, Moishe looked but could not find such men.  Only a goyishe kup could think that Moishe would be able to identify over 78,000 men with those qualities. Yisroy was indeed a goy. Whether or not he converted, is a subject for another day. 78,000 good men?  Unthinkable! Efsher a handful.

Grada Yisroy’s management plan reminds the Oisvorfer of the following joke: Shadchan (matchmaker) calls up an eligible young man and asks what kind of a girl he’s looking for. Says the young man: she must be beautiful, rich, from a great family, and she must have a great personality. Says the shadchan: are you mishugah? From your list of qualifications, I can make 4 different shiduchim (matches)! What was Yisroy thinking? In the end, he was able to find men with only three of the seven traits listed by the RambaN. He found; men of accomplishment, wise men, and men who were know to the tribes. He gave up on the rest. 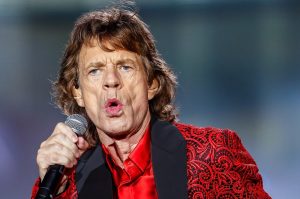 And the bottom line?  Says Professor Mick Jagger, he of the Rolling Stones, and a modern day Achroin, azoy: “you can’t always get what you want, but if you try sometimes, you just might find, you get what you need.”  Not a terrible life lesson to internalize. Shoot high: always!  Settle for more whenever possible, ober, be practical.