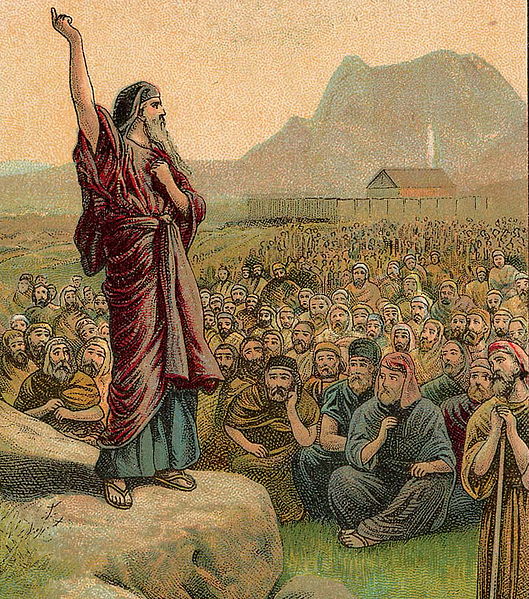 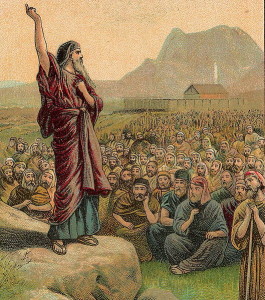 Before I begin, let me apologize for sending this Toirah somewhat early ober (but) the Oisvorfer is on his way to a chasina of the tochter (daughter) of very very good chaverim. I know that many of you look for the Toirah to arrive late Thursday evening and its early arrival may take you out of your rhythm, avada not a good thing, if you chap. And for those readers attending tonight’s gala affair, nu, at least you won’t talk during the chuppah while reading it. A hearty mazel tov to our friends Debby and Mark Fenster and may they have only nachas in their lives. The Oisvorfer is forever indebted to Mark for his consistent writings, his teachings and much more.

It’s Shabbis Nachamu: Warm memories abound of the many kosher and not quite glatt hotels we either checked into, snuck into – sometimes in the trunk of a car- and the myriad lobbies we worked until the wee hours of the morning. And just as we are taught not to forget Thee O Jerusalem, avada, we recall those good old days. With their closings, many of us were forced into marrying and a more settled life, nebech.

Nu, the three weeks, the nine days and even Tisha Be’av are finally behind us and not a minute too soon, I might add. I was mamish running out of clean gotchkis (underwear) to don. Or, are they really? And speaking of dirty laundry….which clown came up with post Tisha Be’av restrictions? Did you even know that according to some Rabbis (many, if not most), it’s still mamish osur (forbidden) to eat meat or do laundry, drink wine, listen to music, make and attend weddings, cut hair, shave and enjoy some intimacy with the eishes chayil who avada loves the feel of the gruff beard and the aroma of nine days of body odor, until after chatzois the following day?  What’s pshat here? Is the fast over or not? I mamish don’t chap.

Is there any other holiday or even fast day that’s over but not? Ver veyst? Some avada suggest that we wait till the next day because the ruins of the Beis Hamikdash were still smoldering until the 10th of Av, do I know?  Exactly how they knew that it all came to an end at approximately 12:30PM the next day, nu- I have no idea. Do you? And if they could figure that out with such precision……why couldn’t they also figure out when Roish Choidesh was and spare us a second day of Yoim Tov? Mamish a gevaldige kasha!

Anyway, it’s shabbis Nachamu and it’s time to be happy- but may we taka enjoy ourselves? Some are of the opinion that we may never be happy again because we are in Golus and that happiness will only return when we lay the foundation for the third Bayis (third Temple). Nu, since that’s apparently not happening so fast, efsher we could make ourselves happy by laying some other foundations, if you chap. It’s worked in the past.

And I hate to dampen the mood on this special shabbis but the parsha (Vo’eschanan) is quite depressing and now I’ll tell you why. Shoin, let’s begin.

Ershtens (first of all), let’s look at the first words of the heylige parsha:  Vo’eschanan el Hashem (and I beseeched the RBSO). Moishe, still talking since the last Parsha is telling the BNY that he begged and pleaded with the RBSO to rescind his decree but that the RBSO refused. Apparently, Moishe is on the ‘bad boy’ list and the RBSO is taking a tough stance. What’s happening here?

Nu, if you remember a few weeks back, Moishe had some incident with a rock, using his shteken (stick) when he was supposed to use his mouth. Loi Olanu and mistama, all you oisvorfs can chap this concept. Anyway, for that major aveyro (and efsher the point of Moishe’s punishment was to teach all of us (I include myself) chazerim about the severity of misusing the stick), the RBSO advises Moishe that he shall never cross over the Jordan to see the land of EY. Veyter…

Avada you can imagine how distraught Moishe was over this news and says the Medrish that Moishe begged the RBSO 515 times (interestingly enough- the gematria (numerical value) of the word Vo’eschanan is 515) and still the RBSO would not forgive him.

And what was he asking for already? A new car? A new stick? Another eishes chayil, efsher (maybe) a white one this time? No! All he wanted was to step foot into the land and didn’t he taka deserve that?

And not just did the RBSO say no, but listen to this: Said the RBSO:  not just is the answer still no, but stop asking me; case closed! Moreover, says the heylige toirah, that the RBSO teased Moishe and told him to climb the mountain and gaze his eyes in all four directions to see the land that he wasn’t going to see up close. Is that nice? What a reward for his dedication, gevald!

And with that background, I ask: Nu, what chances do any of you Oisvorf bums have? Why daven? Why do t’shuva? We haven’t got a shot! Zero, Nada! We’re done and kaput. Do you really think that asking the RBSO for forgiveness on Yoim Kippur, on that one day in shul while we’re counting the hours before we can run home and eat, where we daven Maariv while skipping half the words, where all we’re concerned about is what kibbud (honor) the shul did or didn’t give, will get the job done? Will that half hearted t’shuva be mechaper (forgive) all of our sins? Yikes!!! And this is taka why I’m depressed and so should you be.

Here’s Moishe, the greatest manhig (leader) of the Yiddin, the man who assisted the RBSO in leading us out of Mitzrayim where they slaved for 210 years, this same Moishe who led us for 40 years, having to endure many calamites, this same Moishe who begged successfully at times for the RBSO to forgive the yiddin for all their indiscretions, and now, he can’t get out of his own mess? Over a shtekin (stick) incident? How many times have you misused your shtekin you chazerrim of the highest magnitude? Woe is us!!

Ober Raboyseyee and Raboyseyettes, all is not lost. I believe that even minuvullim, like most of you are, still have a chance and here’s taka why? Because you’re not Moishe Rabaynuu, it’s that simple. Seemingly the RBSO held Moishe to a higher standard taka because he was Moishe Rabaynuu, the near perfect person. And that’s what you get for being too good, something none of you need to be concerned with. Ober the RBSO taka knows and chaps that you’re nothing but a bunch of sinners and therefore He expects little from you (and taka you don’t disappoint) and therefore his standards are mamish lowered dramatically. You chap all this? In other words: the RBSO is marking us on a steep curve, the same one that allowed many of you to graduate.

And therefore Raboyseyee, for most of you and even the Oisvorfer, one day of serious t’shuva on Yoim Kippur may taka get the job done. Avada for some of you, maybe two days are in order and mistama some Rabbi will come along one day soon and taka declare that one day of t’shuva isn’t enough and extend Yoim Kippur to a second day. Hec, why not? Isn’t that how the nine days became three weeks? That’s exactly how!

Ok- don’t get me revved up now on the gantze (entire) two day Yoim Tov sugya (topic) as  I plan to cover that topic bearichus (at length) one day (or two) very soon.

Irony of ironies, this parsha contains some of the most noteworthy pisukim in the gantze Toirah and in a moment, we’ll dig into them. If you make it to shul and zicher you should even though you’re on vacation, you’ll hear these two pisukim and you’ll have the special zechus of hearing for a second time, the Aseres Hadibrois (The Ten Commandments).  As a bonus, you’ll also get to hear the first paragraph of the Shema and avada you’ll be pleased to learn for the first time that the Shema actually appears in the heylige Toirah.

And now, O Israel, give heed to the laws and rules that I am instructing you to observe, so that you may live to enter and occupy the land…You shall not add anything to what I command you or take anything away from it, but keep the commandments of the Lord your God that I enjoin upon you.

Time for Rashi, who else, to illuminate these words: says he quoting the Sifrei, that these words simply mean what they say, sounds more than logical to me. One (you) literally should not add or subtract to words, commandments and other laws spoken by the RBSO. By way of example, the Toirah says that there are four species, the luluv (palm), esroig (citron), hadasim (myrtle), and aravot (willow) that the Yiddin are told to take on the Yoim Toiv of Sukois. Four means four and not five and one should literally not add a fifth species or take away one of the four.  Easy enough to chap, no? Simply do not add and do not subtract. Another example he cites is Tzitzis. We are commanded to have four, one should not add a fifth. In essence Rashi is explaining this issur (prohibition) as one against changing the identity of a mitzvah.  The mitzvois listed here are characterized by their number; we cannot add on to a mitzvah that has a prescribed number associated with it which characterizes it.

Nu, avada you’re bursting at the seams and wondering: whatever happened to these holy words? Aren’t they part of the 613 mitzvois? Yes they are! But seemingly they’re extinct!!!

Rashi’s explanations sound simple and logical enough but is this the velt (world) we live in? Isn’t it the emes (truth) that many of the modern chumras (restrictions) are not at all based on the toirah’s holy words? Does the heylige toirah describe an eight day Pesach or a seven day Yoim tov? Answer: Seven! Ober, do we have an eighth day here? Answer: Indeed we do. Why? We celebrate an eighth day because the choshova Rabboinim (rabbis) added an extra day. Are they getting a cut of the Matzo sales?
Ober Raboyseyee, let’s not jump down the Rabbis’ throats and avada we should never let any Rabbi jump down yours and zicher not your kinderlach, if you chap. Efsher pshat is that it all comes down to interpretation and taka this would make some sense. Maybe the recipients of the heylige toirah on Har Seenai (and according to the medrish, that includes us) heard all the same words but efsher, we understood them differently; could that be pshat? Ver veyst.

Vus iz de untersthe shira (what’s the bottom line)? The Oisvorfer believes that avada unzerir Rabonim (our Rabbis) added and subtracted and he’s also convinced that were Moishe Rabaynuu to make a sudden reappearance, he wouldn’t recognize many of the crazy minhogim and chumras enacted by the “I can top that chumra with one of my own” Rabbis. Sadly, we may have to wait until then to return to normalcy.