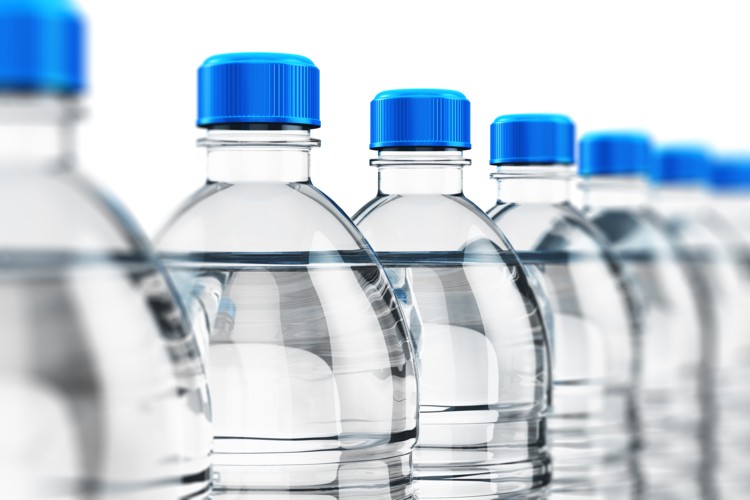 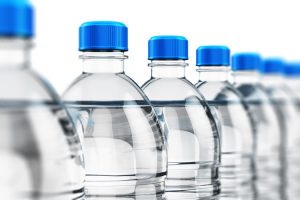 According to the great and reliable Achroin Wikipedia, vessels to bottle and transport water were part of the earliest human civilizations. In the United States, the popularity of bottles water declined in the early 20th century, when the advent of chlorination reduced public concerns about water-borne diseases in municipal water supplies. That being said, in 1977 Perrier launched a successful advertising campaign in the United States heralding a rebirth in popularity of bottled water. With sales of over 200 Billion in 2017 alone, and projected to reach 350 Billion by the year 2021, bottled water is the second most popular commercial beverage in the United States. 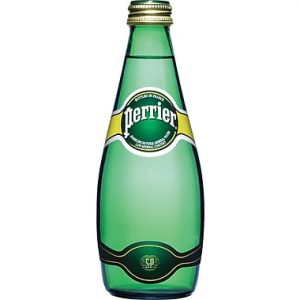 Ober is that emes? Was Perrier the first to explode onto the scene with bottled water? Not! Seemingly, early enterprising Yiddin, back in Mitzrayim and during the first plague the RBSO visited upon the Mitzrim -the makoh of dam (blood)- took it upon themselves to sell water to the very desperate and thirsty Mitzrim who were willing to pay premium prices for water. And as we will learn just below, the bottling and sale of water enriched the Yiddin greatly. Moreover, it provided them with pocket cash which would come in handy one day as we will learn below. Let’s find out more.

Welcome to Parshas Voeiro wherein the RBSO will visit 7 seven of the ten makos (plagues) He has in mind as payback, upon the Mitzrim (Egyptians). This year, in our ninth review of Voeiro, we will focus in on the first of those payback makos, the plague of blood, and soon you will see how the RBSO used this particular Mako to not just punish the Mitzrim, but also to substantially help out the Yiddin who had been suffering under Paroy’s enactments. Lommer unfangin (let’s begin) by reading a few pisukim and pay close attention because the pshat the Oisvorfer will share with you today will mamish blow you away.  Let’s set the scene. The RBSO instructs Moishe to visit King Paroy (Pharaoh) at the water’s edge – while Paroy is out and about relieving himself- and to tell him to send the Yiddin out in order for them to serve the RBSO in the midbar. Moishe is also to remind Paroy that he has been recalcitrant until this point. 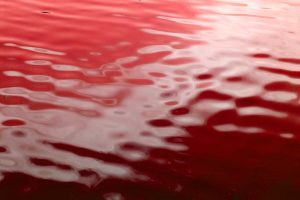 And to chap how ingenious the RBSO’s plan was, we must also read posik 24 which says azoy:

Bikitzur (in short), we all know -even those who spent their time in yeshiva throwing spitballs at the rebbe, some to ward off his advances, if you chap- that “dam” (blood) was the first makoh the RBSO visited upon the Mitzrim. Ober what many of you don’t know is how this particular plague, perhaps more the others, including that of choishech (darkness), helped the Yiddin become wealthy. The Yiddin, the hapless slaves, became wealthy during the plagues? Is that emes?

Nu, let’s hearken back and find out: Back in parshas Lech Lecha, the RBSO forecasted to Avrohom that his progeny would become strangers in a land that was not theirs, and that they would be there for four hundred years. We have previously discussed that the 400 was somehow reduced to 210, ober that accounting for another year. He also told Avrohom this: Afterwards they -the Yiddin- will leave with great (enormous) wealth. Many of us also know it was that during the plague of darkness, that the Yiddin -who were able to see- visited the homes of their enslavers, where they staked out items they wanted to borrow (permanently). And…we also know that the RBSO caused the Mitzrim to suddenly find favor with the Yiddin; when the Yiddin came to borrow gold, silver, and upscale clothing, they obliged. In fact, we are taught that the initial wealth the Yiddin acquired was from the “permanent borrowings” of these items from the Egyptians just as they were getting ready to leave Mitzrayim. So far so good. Ober what has all this to do with blood and how did the Yiddin efsher become wealthy as a result of this plague? 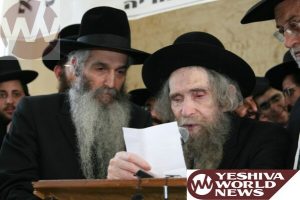 Shoin, earlier this week, while the Oisvorfer was struggling to find a new topic for this year’s review of Voeiro, the RBSO directed him to a parsha pamphlet of different Torah thoughts published all the way over in Nahariya, Israel by the yeshiva under the direction of the highly respected Mikubal, Rebbe Dovid Abuchatzayro. As an aside, those who have met him, also know that he is perhaps one of only a handful of Mikubolim (perhaps less than a handful), that is not driven by money. He will listen and talk to you no matter the size of your donation.  Truly one of a kind.  In any event, while perusing the pamphlet, the Oisvorfer came across this most interesting pshat on how the Yiddin attained wealth during the plague of blood.

We can chap it better by first asking a few questions. Ershtens (firstly): why did the RBSO choose to punish the Mitzrim through blood? If He wanted to render the waters undrinkable, He could easily have made them toxic and foul tasting. Taka this question is asked by the Eitz Yosef (whomever he was). We can also ask azoy: if we look at posik 18 above, it appears that the Mitzrim could not drink the waters due to the stench resulting from the dead fish floating in the waters. Ober, in posik 19, we read that the waters all turned to blood. Which of these prevented the Mitzrim from drinking water? And taka the medrish asks azoy: Why does the heylige Toirah twice in two  pisukim mention that the Egyptians could not drink the water? Moreover, why was it that the RBSO chose to punish them with blood?

Rashi will teach us that the Mitzrim had an unhealthy relationship with the river. They worshipped the Nile River as a form of  avoido zoro (deity). Therefore,  the RBSO chose to show the Mitzrim that their deity was a fraud. He, as you know, has little tolerance for avoido zoro (idol worship). Other medroshim (exegetes) proffer that blood was chosen as payback for the blood the Mitzrim spilled by killing innocent Jewish children. Ober, says the Medrish Rabbah, azoy: it was a bloody mess. What bloody mess? The medrish does not say that but does say this: Seemingly the RBSO chose blood as a reciprocal punishment for the bloody mess the mitzrim created by not allowing the Yiddishe veyber (Jewish women) to properly immerse themselves in a mikveh (ritual bath), or even the river, following their menstrual cycles. Avada you all know that women remain out of bounds to their men (and or significant others) following their periods (and the 7 clean days), until they have immersed themselves in a mikveh. Ober, says the medrish that the Mitzrim forbade them from dipping. As a result, the women could not have relations with their husbands. Fartig! Therefore the RBSO chose to strike them through waters. He turned all their waters into blood. Why the women chose to, or were required to follow the rules of Nidah, at least one hundred years before the heylige Toirah was given in the year 2448, ver veyst? Shoin, we can efsher kler that our Ovis and Emois (forefathers and foremothers) kept the heylige Toirah -or parts of it- on their own. Efsher they knew through ruach hakoidesh (divine spirit) that such a mitzvah would be given, and as a result, their descendants -those Israelites in Mitzrayim suffering through slavery- also already knew of the need for immersion following the flow, and also observed this ritual? Perhaps! Why not, and let’s roll with it. The bottom line: because the Mitzrim oppressed the Jewish women by not allowing them to immerse themselves and thereafter give new life by having tahsmish (sexual relations) with their husbands, they thereby prevented new Yiddishe kinder from being born, new life from being formed. The RBSO therefore decided to hit them with the plague of blood. The RBSO does -as we are taught- strike and punish midah kineged mida (an eye for any eye, though not literally of course). Veyter. Ober, what has all this to do with the sale of water and riches? 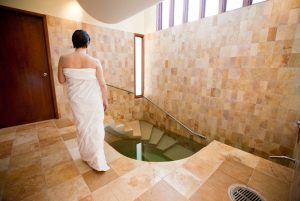 And from these transactions the Yiddin became wealthy. Shoin, even during slavery, enterprising Yiddin – generations before Perrier appeared on the scene, followed by myriad other companies whose collective revenues today exceed two billion, and who collectively sell over 13.7 billion gallons of water,  Yiddishe slaves were selling water to the Mitzrim. 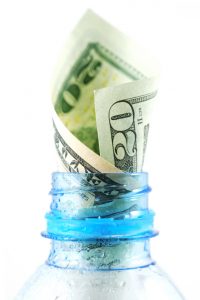 But didn’t we also learn that the Yiddin first became wealthy through the “borrowings” of gold, silver and fine clothing from the Mitzrim? We did. Ober not to worry because says the Eitz Yoisef azoy: The Israelites became ever wealthier through these permanent borrowings, but they were seemingly already wealthy from water sales. And listen to this. There is taka a machloikes (dispute) found in the midrash to Tihilim (Psalms) between two Sages on this very topic. And let’s not forget that the Yiddin became even wealthier following the drowning of the Mitzrim who gave chase to the Yiddin following Paroy’s change of heart. The bottom line: the Yiddin were seemingly loaded and more importantly, the RBSO’s promise to our Zeyda Avrohom was fulfilled. Ober listen to this. Efsher you recall that in year 40 of their Midbar experience, while finally marching to the Promised Land, they needed to cross over, and at times even enter the land of other countries. Back in Sefer Devorim (Deuteronomy) we learned that the Yiddin purchased bread and water (food) from local vendors who set up shop to service the passerby’s. Says the heylige Toirah (Devorim 2:6), azoy:

Ober let’s recall that though the Yiddin had in fact accumulated wealth in the form of gold, silver and other valuables they found when the sea spit up the chariots the Mitzrim gave chase on, and though they had “borrowed” other valuables from their neighbors, they could not purchase water jugs and or bread with this gold. Why not? Who was going to make change? Ober, let’s also remember that while in Mitzrayim during the makoh of blood, the enterprising Yiddin did sell water to the Mitzrim, but only for cash. The bottom line: the RBSO had a master plan; doesn’t He always?