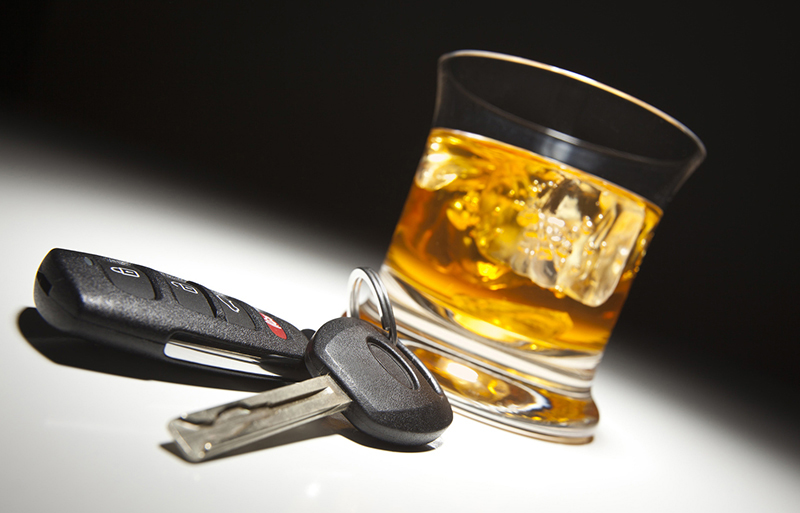 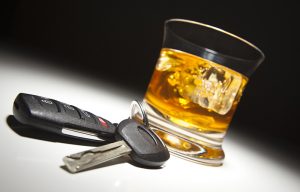 It’s not what you think, chazerim (swine) that you are. Ober what is illegal drinking and entering? We shall soon find out. Next: everyone of course knows that drinking and driving is quite dangerous. In fact, according to Alcohol.org by the American Addiction Centers, Inc., one is considered legally drunk when one has a blood alcohol level of 0.18% (in New York).  Such a level can be obtained by drinking 4-5 oz. of various intoxicants, depending on the body weight.  Drinking and driving can and has -sadly- led to the loss of life. Many! Ober what about drinking and davening (praying)? Is that too dangerous? Let’s address that as well. 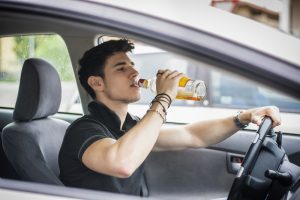 Last week: in our Purim Special Edition, we discussed Esther’s age when she was selected -after being taken- as the King’s replacement wife. We were shocked to learn that although in our minds, the beautiful Esther was either in her teens or early 20’s, most medrashic sources believe that Esther was either 40, 75, or even 80 years old. In fact, the Oisvorfer has not been able to find a single source stating that she was any younger. Ober, what has Esther’s age to do with this week’s parsha of Shmini of which more than half is dedicated to the laws of kosher -meaning which animals, birds, fish and even insects may be consumed?  We shall find that out as well.  If you think Esther was too old to be selected as the replacement queen for a much younger Vashti, wait until you read -later in this review- how old Bisya, Paroy’s daughter was when she married Shlomo Hamelech (King Solomon).

The first 44 pisukim of parshas Shmini discuss the 8th day. Not the 8th day we are familiar with, not the bris which takes place on the 8th day. Instead it was the 8th day and it was the day the Mishkan, after 7 days of trial runs -think soft opening- was going to be officially inaugurated. It was the day, the kohanim after being trained by Moishe, were going to be on duty in their official capacities. It was also, and very sadly, the same day that Aharoin lost two of his four sons -Nodov and Avihu- when they were consumed by a fire the RBSO brought down. 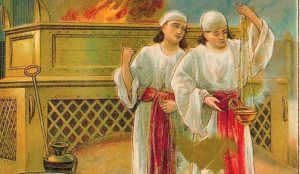 We have previously -on more than one occasion- discussed various reasons proffered by a number of exegetes on the cause of death. The bottom line: we don’t know why they died. And we don’t know because the heylige Toirah does not specifically tell us. Accordingly, our Sages were free to roam about the cabin -so to speak- and to offer various conspiracy theories as to why the RBSO chose to kill them on this special day. Another bottom line: of course each of these theories could be correct, maybe even all of them, ver veyst. Or not!  Ober do we know with certainty? Not! What we know is that four sons were alive when the ceremonies began and that two were dead later that day. Oy vey.

Of interest this week, are the instructions the RBSO gave directly to Aharoin, the grieving father of the boys in the aftermath. Let’s begin by reading a few pisukim (verses) innaveynig. And before that, let’s read about the fire that killed them. Says the heylige Toirah (Vayikro 10:1-2), azoy:

What do we know? Nodov and Avihu -believing they were doing the right thing- each entered the Sanctuary and each brought forth his fire pan to offer it before the RBSO. In an instant, they were both dead. Eight pisukim later, the RBSO instructs Aharoin regarding drinking wine and other intoxicants, and then entering the Sanctuary to perform the service. They are verboten! Now, let’s read the instructions again as they are translated into English as found in two other chumoshim (Bibles). 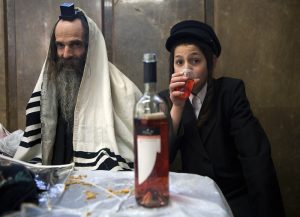 Says Rashi quoting a medrish, there are two theories on why they died. Reb Eliezer says: the boys died because they rendered an halachic decision in the presence of Moishe, whatever that means. In other words: they disrespected him and shoin, they were dead. Ober says Reb Yishmoale: while intoxicated, they entered the Sanctuary and that was the root cause of their instant punishment. As mentioned above, other possibilities are proffered for their premature deaths. Let’s get back to Reb Yishmoale who states that the boys were condemned to instant death because they entered the Sanctuary while intoxicated. And his proof is this: given that the RBSO specifically instructed Aharoin -eight verses later- not to drink intoxicating wines before entering the Sanctuary, we may infer that Nodov and Avihu were killed because they performed the service while intoxicated. In plain English: one cannot be drunk while performing the service. Rashi quotes another medrish which tells us that we can draw an inference to their death from a myseh (story) about a king who had a trusted household member. He once found him standing at the entrance to some stores -we assume stores that sold intoxicants- and without explanation, had his head cut off. Instant death! And then? The king appointed another member of his household to replace the headless dead one. And? The king instructed the replacement azoy: do not go through the entrance of these (liquor) stores. Through this, we may infer that the first fellow, mistama did go through the entrance of the stores and imbibed copious and improper amounts. The bottom line: Rashi and others suggest that the boys were intoxicated while entering the Sanctuary. 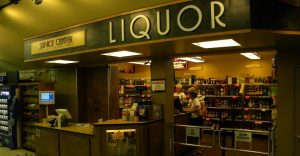 Ober, was all drinking forbidden? Could they drink a lesser amount? What about other intoxicants? Efsher beer? Was it only wine that could bring about instant death? Was there any wiggle room? Light beer efsher? And doesn’t wine gladden the heart? Isn’t wine called for when people are saddened? Doesn’t a good drink help take the edge off? Does not the good book (Proverbs 31:6-7) tell us that wine and intoxicants are -at times- good? It does! “Give strong drink to the hapless and wine to the embittered. Let them drink and forget their poverty.” Does not the heylige Gemora (Sanhedrin 70A) teach us that wine, when consumed in moderation, can have a stimulating affect on one’s powers of reason? It does! Have you not become stimulated, if you chap, with a few stiff, if you chap, drinks and then moved on to other behavior which you reasoned was ok? Does not the heylige Gemora teach us that “wine was created in this world only to comfort the bereaved…?” Does not the heylige Gemora (Kisuvois 8b) tell us that “mourners who are embittered by the loss of their loved ones, should drink wine?” Does not Rashi on that Gemora teach us that wine should be given to mourners to relieve their pain? He does! Wasn’t Aharoin in need of a stiff drink? Didn’t he just lose two children? Nu, the emes is that Aharoin could have used a stiff drink, he zicher had a hard day. Ober, perhaps that is precisely why the RBSO forbade it. The RBSO avada knew that Aharoin needed a stiff drink, ober the RBSO also avada knew that entering and performing the service while in a state of intoxication, could lead Aharoin and other kohanim to have lewd thoughts. Avada we all know that drinking could -at times- lead to such thoughts, and if not thoughts, actions. Let’s recall what happened to Noiach when he became inebriated. Efsher you recall that while he was in a drunken stupor, his son Chom (Ham) and grandson K’nan, either castrated and or also sodomized him. Yikes! And let’s not forget what happened to Loit (Lot) while under the influence. Recall how he was plied with wine on two consecutive nights by his own daughters, say it’s not so. He had relations with both and got both pregnant. Says the medrish (Tanchuma 51): wine becomes a curse when consumed in intoxicating quantities. And let’s not forget the nochosh, that slithering snake, who offered Chava (eve) forbidden fruit. According to some, that fruit was a grape: oy vey.

The heylige Novee (Malochim I 3:1) recounts the following myseh (incident). 480 years following yitzyas mitzrayim (redemption from slavery in Egypt), Shlomo Hamelech (King Solomon) began building the Beis Hamikdash (Temple). Seven years later, the project was completed. We are taught that Shlomo did not drink any intoxicants during its construction. He was dry for seven years; efsher he attended meetings, ver veyst. Ober, that very night of its completion, Shlomo drank himself silly. And what did he do that night? He married Basya (aka: Bisya). Bisya as in Paroy’s daughter? Indeed and so says the medrish. Bisya the same women who fetched baby Moishe out of the river and who raised him? Indeed! Ober how old was she at this time? Nu, let’s do some math. Moishe was 80 when he returned to Mitzrayim as the RBSO’s messenger to redeem the Yiddin from slavery. A year later, they were out. Shlomo began building the Temple 480 years later. We assume that Basya was at least a teen at the time she went down to the river and fetched Moishe out. In other words: it’s at least 487 years later and that would make Basya -if this myseh is real- at least 560 years old. And Shlomo Hamelech married her? No wonder he took to drinking that night. Nu, comparatively speaking, Esther was a spring chicken when at either 40, 75, or 80, she married Achashveyroish. As an aside the heylige Gemora dedicates several paragraphs to the marriage of Shlomo and Paroy’s daughter and debates aloud if she was properly converted before the wedding, if the marriage was valid, and other issues. Says the Sifri Eikev 52, azoy: Shlomo loved Basya more than all the other women he married, and let’s recall that he had 1,000 wives. The Seder Olom Rabbah tells us that Shlomo was married to her for 36 years. As an aside, another medrish tells us that he died at age 52 and if they were married for 36 years, he was but 16 years old when he married Bisya!? Hec, it’s medrish: anything is possible.  The bottom line: older women still have game! 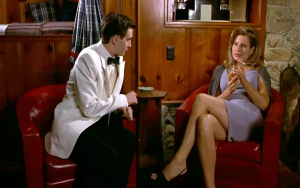 Having said all that, how much may a kohain drink before he is considered intoxicated to a point where he could not enter and in our times, may not duchin or maybe even daven? Let’s learn what our Sages have taught: Should a koihen (priest) drink a ri’vi’is of wine and then perform the priestly service, he is death worthy (by the hand of the RBSO). And how much is a ri’vi’is? 3.4 oz. of undiluted wine makes up a ri’vi’is. To qualify for the death penalty, the koihen must drink the 3.4 oz of undiluted wine at one time. And the work around? There a few loopholes. Drinking less than 3.4 oz, taking small breaks, or but sips of the wine, and, if the wine is diluted with water, all is good. His life is spared and the service he performed is kosher. Ober should he drink more than a ri’vi’is, even with the above mentioned loopholes, he is still guilty and death is it. What about other intoxicants? The answer is that should he become inebriated on other intoxicants -anything but wine- he is but guilty of an ordinary crime and would -in temple times- be punished with lashes. As an aside, lashes while intoxicated might not be so giferlich. More good news: his service remains valid.

The bottom line: drinking and entering any sanctuary, if you chap, under the influence, could have a deleterious effect on one’s life.