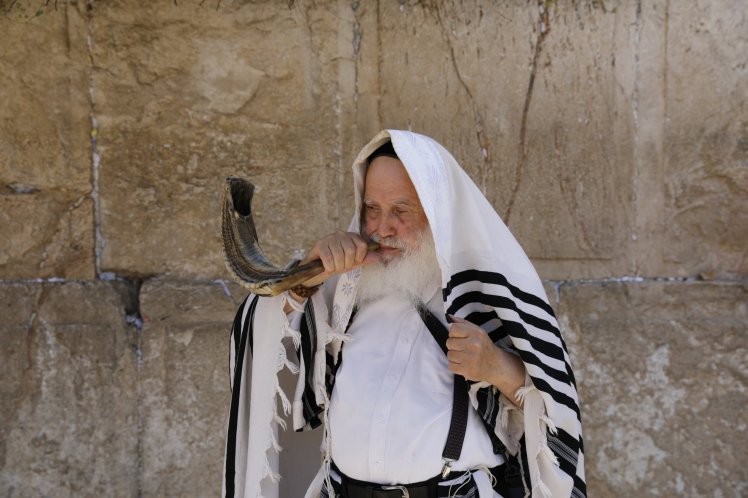 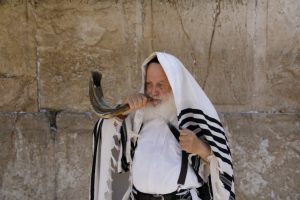 Erev Rosh Hashono
The Oisvorfer takes this opportunity to wish his burgeoning readership, both here in the United States and abroad, a meaningful Rosh Hashono and an overall givaldige Yom Tov and year ahead. May the coming year bring you everything you possibly need including; peace of mind, peace at home, a good piece, if you chap, and good health. Of course, a few extra dollars wouldn’t hurt anyone, would it?

The Oisvorfer also thanks profusely Mike Kogan, webmaster extraordinaire, who tirelessly manages the ever growing site and makes sure the weekly parsha reviews and special editions are posted and sent out timely each week. 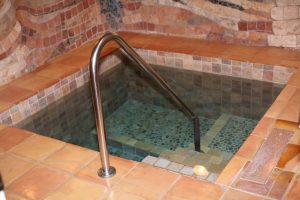 Avada the Oisvorfer would love to speak personally with each and every reader and Oisvorf follower before this special Yom Tov of Rosh Hashono but will be busy tomorrow warding off predators at the mikveh (ritual bathhouse) where he will be doing some early dipping in advance of ushering in the New Year. Who knows, efsher it’s a sigula (good omen) for other dippings, if you chap; ver veyst.

Rosh Hashono is a time of year when we renew our commitment to the RBSO by making all sorts of promises we zicher won’t keep. We ask Him to forgive and forget and will do this daily until Yom Kippur. Shoin, a small price to pay for past chazerish (less than admirable) behavior all year round. We begin getting into the mood as Choidesh Ellul arrives by hearing – for those who attend minyan- the shoifer being blown daily, by reciting, or pretending to, the prayer known as Le’dovid and then, this past Motzei shabbis, with the recitation of slichois. What are those?  Excellent question. Poshit geredt (plain and simple) slichois are prayers for forgiveness recited and chanted in words that are for the most part totally foreign to even the great majority of the well versed.

Our sages teach us that these things (shoifer, Ledovid and Selichois) are supposed to arouse us in advance of Rosh Hashono.  That’s good news of course. The givaldige news is that Yom Kippur is but days away and is designed to forgive the arousals you experienced the rest of the year, if you chap(ed). Ober taka what are Selichois and why do we recite them at midnight on the first night, at 9:30 or 10:00PM or in the AM on subsequent days? And when is the right time to chant a few thousand words we haven’t an idea what they mean?

Says the Medrish (Tanna deve Eliyohu Zuta) azoy: Dovid Hamelech (King David) introduced and instituted a special service for forgiveness when he realized that the Beis Hamikdash (Temple) would be destroyed. “How will they attain atonement?” he asked the RBSO and was told that the people would recite the order of Selichois and would then be forgiven. The RBSO showed Dovid that this act of contrition would include a recitation of the “Thirteen Attributes of God,” a descriptive passage from the heylige  Toirah (Shemois) following the Eygel (golden calf) debacle, that expresses the RBSO’s  merciful nature. Veyter. 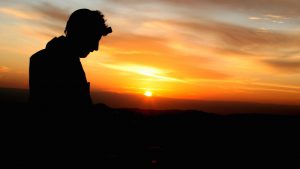 Not surprisingly, there are different minhogim (customs) as to when we begin reciting them and what time.  Believe it or not, when we begin, depends not on how badly one behaved or how much you need to repent. Instead, it depends wholly on what day of the week Rosh Hashono begins.  Seemingly we need to recite Selichois at least four times in the preliminary round to qualify for the ‘forgiveness round’ which begins on Rosh Hashono and culminates with the finals on Yom Kippur. More details another time ober one thing is zicher: Almost all agree that we begin reciting them – that is the first time we begin each year-  on Motzei shabbis either days before RH, or, a full week before and all agree that we don’t begin until midnight or even at 12:30AM or 1:00AM on the first night. Why that hour, ver veyst?  Some say we begin late at night because those are the hours that the gates of heaven are open for ‘forgiveness business’. In other words, the RBSO has His time compartmentalized and the tshuva window opens not before midnight on Saturdays, ver veyst. Of course there are other reasons posited ober efsher we can kler that it has, practically speaking, more to do with when the 9:30 or 10:00PM movies let out on motzei shabbis. Seemingly, our sages chapped that if they wanted a good showing at the midnight slichois service that they needed to accommodate the oilom (masses). Of course there’s nothing like a good R rated movie just before Selichois to arouse and get people into the tshuva mood and frame of mind.  On the other hand, if the tshuva window is closed until midnight, what are the mentchin (people) to do? That’s why we call them our sages, our chachomim; they were taka wise. Shoin all other reasons are no longer relevant. Veyter.

As an aside whether you love or follow Chabad or don’t, one thing is zicher;  if you’re thinking about changing your minhag to follow this flavor of Judaism and chasidus, now would be an excellent time.  Why now? Because unlike the Ashkenazim who begin reciting Selichois the week of, or, for as many as ten days before Rosh Hashono and continue until Yom Kippur, their minhag is not to recite them during the ten days following  the onset of Rosh Hashono until Erev Yom Kippur.  They recite them but once on Tzoim Gedalya, the fast day immediately following RH. And one more thing is zicher: now would be a terrible time to start following minhag sefard:  Sefardim, recite Selichois the entire month of Ellul preceding RH and also on the ten days leading up to Yom Kippur; that’s 40 full days, Yikes!  Nu, maybe were they to wear their yarmulkas (kippot) during the day, they wouldn’t need to recite so many, ver veyst.

And at slichois the other night, the Oisvorfer was thinking azoy:  why am I in shul at midnight chanting difficult unfamiliar words whose meaning is mamish lost on 98% of the attendees? What’s pshat? Is that what the RBSO wants? Does He want us standing there, chanting words that are difficult to pronounce and impossible to understand? How sincere can our requests be when we know not what we are saying? Is this how we are to ask the RBSO for forgiveness?

Shouldn’t we instead be davening to the RBSO in a language we chap, with words that are familiar and heartfelt? Is it efsher time for a re-write? How about into words that are already proven, words that almost always bring forgiveness and peace at home? Shoin if only we could utter ‘I’m sorry, I love you and I won’t do that again’.  Though taka designed specifically to work with the eishes chayil, wouldn’t the RBSO be receptive to such language? Aren’t we, the Yiddin his chosen people, also married to the RBSO? Indeed we are; of course you recall our shotgun wedding where the RBSO held the mountain over our heads and threatened to annihilate the Yiddin unless they agreed to the wedding. Shoin!

Moreover, efsher we should daven in a language we understand? How about English? Certainly the RBSO speaks English! The emes is that in hyntige tzeytin (today’s times), in a technologically advanced world, efsher it’s time to consider a short email or text directly to the RBSO with words of apology. Kimat everyone has a device and knows how to write and send email. And zicher everyone, even chasiddim, know how to text and use various apps like What’sApp and other such communications.

In any event, in whatever language you pray or speak, the Oisvorfer wishes each and every one of you only good tidings ahead. May the coming year and the years to follow, be filled with all that your hearts desire. And may you all be inscribed for only good things.