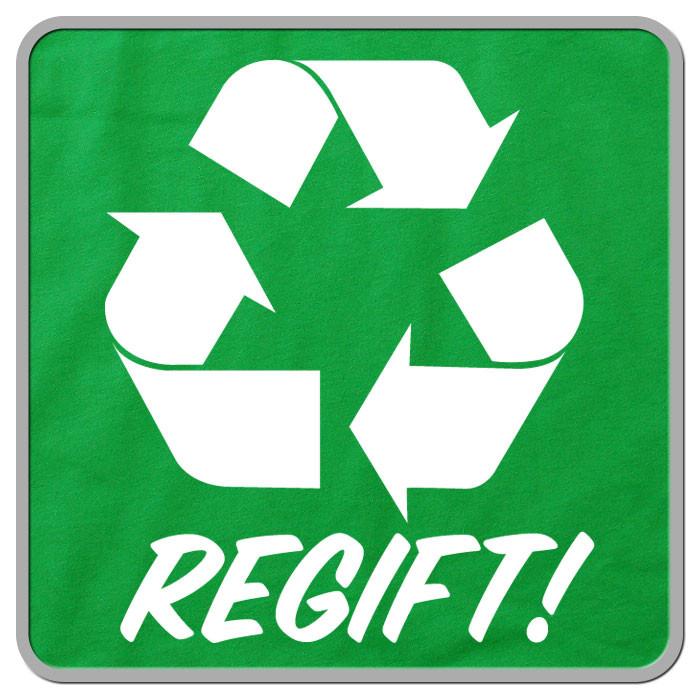 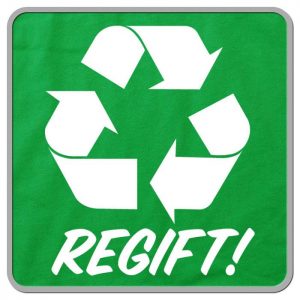 Oh who? And what’s so special and good about him? Who was he, and why will the Oisvorfer dedicate this week’s parsha review to O’ho’li’ov? Let’s find out.

Though we are all familiar with the heylige Toirah’s central characters, people like Odom and Chava, Noiach and his lovely wife, Avrohom & Soroh, Yitzchok & Rivka, Yaakov and his four wives, Yoisef and his 11 brothers and let’s not forget Dina, and our main Toirah hero, Moishe, who appears in every single parsha but once from his birth until his passing, as well as his brother Aharoin and sister Miriam, the heylige Toirah does not shout out too many by name. We met Loit and his family, Lemach, Kayin, Hevel and as we continue with the three remaining seforim (Books of Leviticus, Numbers and Deuteronomy), efsher a dozen or two more. Ober, not that many more. From time to time we meet a few protagonists, bad guys, including Paroy, Bilam, Bolok, we can count them on another hand or two, those who are -for good or bad- named by the Toirah. This week, we will look into a fine gentleman by the name of O’ho’li’ov ben Achisomoch. 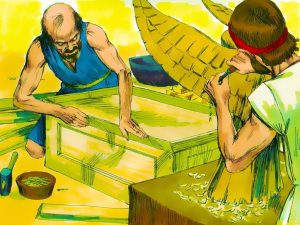 In recent weeks, beginning with parshas Ki Sisa, we were introduced to a very important fellow by the name of Betzalel. He was the son of Uri, the grandson of Chur, descendants of sheyvet (tribe of) Yehudah. Betzalel was shouted out again last week as he was appointed by the RBSO Himself to lead the entire Mishkan project. He was its architect, project manager, and master builder. The heylige Gemora tells us that this boy genius was all of 13 years old when the RBSO selected him for greatness and fame. The RBSO imbued him with many all the talents necessary to build and design the Mishkan and its accoutrements. He was still a boy but the man! The Oisvorfer has previously written of Betzalel (more than once), feel free to find a few givaldige pieces in the archives at www.oisvorfer.com. Ober what about O’holi’ov? Why is that we are all more than familiar with Betzalel but few of us heard of Oholiov? What was his claim to fame? Why is it that people name their children Betzalel in memory of the great person whose charge was to build the sanctuary in the Midbar, a house -so to speak- for the RBSO? Ober, does anyone you know today, or knew at some point in your life, go by the name of Oholiov? Not! What’s taka pshat? When expecting a baby, did you ever discuss potentially naming him O’ho’li’ov? 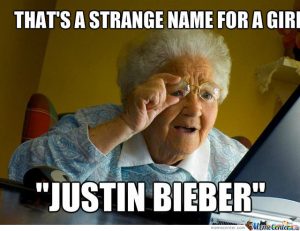 Nu, as it turns out, you should all be ashamed of yourselves for not knowing this great man, one with many talents and skills, perhaps as many as Betzalel himself. Let’s hearken back and meet him. In fact let’s meet him not once and not twice; he is shouted out by name four different times in three consecutive parshas. He must have been a somebody and this week, as we conclude Sefer Shemois (Book of Exodus) with parshas Pikudei, the Oisvorfer wants all to know and remember O’ho’li’ov ben Achisomoch.

Isn’t it mamish amazing that kimat every time the heylige Toirah mentions Betzalel, this good man by the name of O’ho’li’ov is also shouted out? It is. Who was he? Where did he come from? Why was he specifically mentioned by name and appointed by the RBSO? What were his skills? The RBSO taka called out Betzalel for the job and there were of course valid reasons for his selection. Ershtens: the RBSO picked him; no further questions! One does not need yichus (pedigree) if handpicked by the RBSO. Also, we learned that Betzalel’s grandfather was Chur who was mercilessly killed by the Yiddin during the Eygel fiasco. The RBSO wanted to recognize Chur’s good deeds and then handpicked Betzalel, his grandson, for recognition and greatness. The RBSO also gifted Betzalel the gift of prophecy along with other skills needed for the project. Ober what about O’holi’ov? 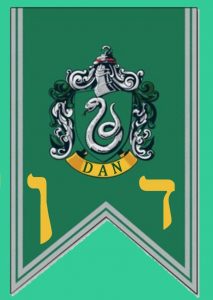 And to further complicate matters, says Rashi: O’holi’ov was from the sheyvet (tribe) of Dan and avada you recall that Dan was one of the twelve sons of Yaakov. He merited his own tribe.  Says Rashi: Dan was one of the lower tribes, meaning not as important as Yehudah and a few others. Was there really a difference in status among the twelve shevotim? Seemingly there was, and as medrish will explain just below, Dan was -in this caste system of tribes- from the lower rungs.

Says the Medrish (Medrish Rabbah), azoy: Reb Chaninna ben Pazzi said azoy: “there is no greater tribe among the tribes than the tribe of Yehudah. And there is no lower tribe than that of Dan who was born to one of the pilagshim (concubines) of Yaakov. Avada you recall that Yaakov was somehow married to Leah, Rochel, Bilha and Zilpa -at the same time- the latter two being the handmaidens of Leah and Rochel. Though their status was upgraded to full wives when Yaakov married and had children with them, based on what the medrish says, they never really achieved “full” status. Why not? Ver veyst. Veyter in the medrish: Said the RBSO “let a member of the tribe of Dan be matched with a member of the tribe of Yehudah so that people should not demean Dan, and so that no person should become haughty. This is so that a great person and a lowly person are equal before the RBSO as evidenced by the fact that Betzalel is from the tribe of Yehudah and Oholiov is from  the tribe of Dan, and that the RBSO ordained that Oholiov joined Betzalel to build the Mishkan. OMG: did you read all that? Amazing stuff! On the one hand, medrish tells us that the shevotim did belong to a class system with Dan being last. On the other, we learned that the RBSO decided to pair Oholiov with Betzalel davka to show that all people- those from good stock and those from a poorer breed- are equal in His eyes!? What’s taka pshat?

Says the heylige Gemora (Buba Basra 8b), azoy: one should entrust the public duties to at least two people. And from the specific appointment of Oholiov, though from shevet Dan, we are efsher being taught a valuable lesson: all are equal in the eyes of the RBSO when it comes to the service of the RBSO. One without a burd (beard) and tzitzis sticking out of his pants, one who is perhaps not as pious, is just as qualified as is one who is or appears more religious. If one wants to get close to the RBSO, all are welcome. Says Rabbi Munk: “Oholiov enjoyed neither privileged birth, nor the zichus ovis (ancestral merit) which accompanied and inspired Betzalel’s appointment.

And says the Malbim, azoy: the RBSO imbued in Betzalel an abundance, efsher an overabundance of inspiration and light. He had enough to do all that was instructed. As well, he had enough to pass on and so he did to Oholiov, who was his assistant in all matters dealing with the Mishkan. Says the heylige Toirah (Shemois 35:34), azoy: 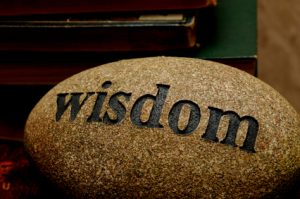 Says the Rashbam: the word “lihoirois” means that Betzalel was given the special gift of being able to teach others. Betzalel was not only a master craftsman, he was also a master and willing teacher. And taka says the Ibn Ezra: “Oholiov was equal to Betzalel in all areas of work and skill.”  Says the Ohr Hachaim so gishmak, azoy: there are many wise men whose wisdom remains in their hearts alone, for they do not know how to teach others. The heylige Toirah therefore told us by using the words in posik 34 above, azoy: regarding Betzalel, this was not the case; rather, he placed it (his wisdom) in his heart to teach. Pshat is that Betzalel placed his wisdom in his heart to teach, he mastered the art of teaching. Sadly, not all wise people share their wisdom and the heylige Gemora (Yoma 38a) tells us that in the times of the Beis Hamikdash (Temple times), there were those who had special skills and wisdom who refused to share. The house of Garmu (family with that name) did not want to teach others how to bake the lechem haponim, the showbread which was changed weekly. And the house of Avtinas refused to teach others how to prepare the kitoires (the incense offering we wrote about two weeks ago). Betzalel and his apprentice Oholiov were different. The RBSO gifted them with the gift of re-gifting their wisdom.

The bottom line: Ershtens, there are times when re-gifting is not only acceptable but preferable. Also, it’s of course also good to have been born with wisdom.  Ober it’s also possible to achieve success and fame and wisdom, if one has a good and willing teacher. One who is enthusiastic about seeing the success of his protégé.

Vayakhale 2019 - The Most Successful Building Campaign, Ever!