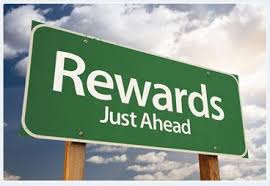 Raboyseyee and Ladies:
This week, we begin by wishing a very hearty mazel-tov to longtime friends Naomi and Dr. Howard Berg, they from West Orange, upon the wedding earlier this week, of their beautiful and gisheikte daughter Gabrielle to Noah Lindenfeld. The Oisvorfer has been friends with Naomi and Heshy for many decades and takes great pleasure in  seeing them marry off their children. A few decades back the Oisvorfer introduced Heshy to Naomi. The pickle jar is now wide open. Mazel tov as well to the Macatunim Drs. Valarie and Shelly Lindenfeld of Woodmere, New York and to both extended families.

This week, we are back with our public appeal.  This appeal has been repeated weekly because it’s a victiger inyan (important topic) and a great mitzvah.

Back in 2008, a newly minted Sefer Torah (Torah Scroll) was loaned out to a local institution. Unfortunately, this Torah Scroll was a victim of hurricane Sandy. It could not, despite herculean efforts, be saved.  In an effort to replace the Torah Scroll, significant funds need to be raised. The Oisvorfer is asking all his readers to participate in this, the last and 613th mitzvah recorded in the heylige Toirah which states that it a mitzvah upon each person to write one’s own Sefer Torah. And while this mitzvah may seem elusive to those who are not adept in Jewish calligraphy or don’t have the means to afford a personal Sefer Torah, you can get full credit by participating and purchasing even one letter. Of course, the more you sponsor, the more mitzvois you have and who among us and especially those who receive this email or logon to the site or find us on Facebook or get the review from a  friend, cannot afford to have a few extra? No one!

You can participate in this great mitzvah for as little as $5. Feel free to sponsor but one letter, word, posik (sentence), perek (chapter), a specific  reading, a complete parsha or even a complete Sefer (Book).  You can sponsor a letter for as little as $5. Of course we would like you to sponsor more than one letter but will be grateful for every single donation to this cause.
There are no administrative fees (a generous sponsor will cover the credit card processing fees.) Donate as little as $5 to purchase a letter in the new Torah, and the entire amount will be used for the Torah.
You can dedicate in memory of a loved one, in honor of a loved one, or for anyone you deem worthy. Making a simcha and spending thousands for a big party? Please consider adding at least $5 to help bring a new Torah into this world. Thank you! 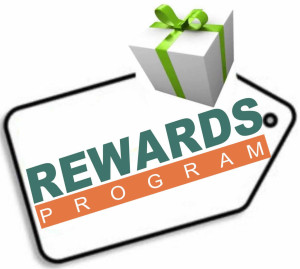 So happens, that one of the few blessings (the curses outnumber the blessings 5-1) states azoy: Blessed you will be when you COME IN and blessed you will be when you GO OUT. Grada these words are ringing in my head, if you chap, ober what do they mean? Nu, poshit pshat is azoy: Our daily interactions and transactions  will be blessed with peace, tranquility and success. It is a reward, is it not? Ober one medrish who was mistama bothered by the realities on the ground where some good people suffer while some bad guys seem to lead the better lives, said azoy: These words are a reference to birth and death. Pshat is azoy: Just as people will and do celebrate your arrival into this world by preparing parties or a bris and are otherwise gladdened and overcome by joy, if and when you leave it with a boatload of good deeds, and mitzvis of every variety, your departure will be celebrated as they good-mouth you and remember you for the good person you were. Does that help when you are alive, ver veyst? Veyter.
Though it’s only Wednesday at approximately 12 noon, the Oisvorfer is already farzurgt (worried) about the upcoming parsha. How can he explain to two wannabe Yiddin what’s in store for them as they read parshas ki Sovoy which as you know contains not one and not even 10 or 20 but 98 different curses the RBSO has in mind for those that do not follow in His ways? Is this a religion they should be considering? Why not stick with one where one can say a few hail-marys’, and ask forgiveness from the Father who mistama himself needs more than a few to atone for his avayris? Efsher they should explore one that promises a few meydlich for good behavior, maybe a few dozen or as many as 70 virgins, ver veyst? 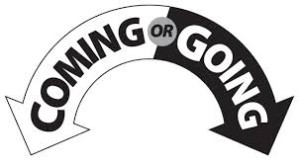 Moishe describes the list of 98 curses that will befall the Yiddin should they stray from the RBSO.  Illness, famine, poverty,  and exile are the best of the bunch. And the worst of all sins the Yiddin could violate? Says Moishe “because you did not serve Hashem, your G-d, with happiness and with gladness of heart, when [you had] most of everything.” (Devorim 28:47).  What s the difference between “happiness and gladness of heart”?  What does joy have to do with it? Why is the lack of joy so giferlich? Don’t we know people that we perform some mitzvois regularly without much joy, if you chap? Ver veyst but That’s what we read and avada many of you, who have a litany of much worse chatoim (sins) on your list, chas v’sholom, are breathing a sigh of relief. Ober what’s taka pshat?
Says the Medrish: one of the reasons the heylige Toirah states why we will receive the curses of the Toichocho is because  you did not serve Hashem, your G-d, amid gladness and goodness of heart when everything was abundant.  The direct quote is, of course, from the heylige Toirah (Devorim 28:47, if you don t believe me) “tachas asher lo avadata es HaShem Elokecha bisimcha uvituv leivav meirov kol”.  That’s why we’re getting these and many other curses, oy vey!!  Can you imagine that all this Toichocho and the curses attached to them are coming our way because we weren’t happy? Because we didn’t serve the RBSO with gladness and goodness? Can you imagine what’s coming your way when the RBSO finds out about your wayward ways and how glad and happy you were taka mamish while performing them? When He hears about how you’ve been oiver (violated) on kimat (almost) every single loi sah-say (thou shall not dos) in the Toirah, some multiple times each week since high school, loi olaynu? You’re done, finished, kaput!
Seemingly, the proper performance of mitzvois requires that we be happy during the performance, if you chap. And just going through the motions, is epes not enough, not acceptable to the RBSO, and for those who do just that, the rebukes and other zachen that await you are not fun. All these acts must also be infused with happiness, joy, and distinctly positive energy. Grada this sounds gantz gishmak (quite pleasing) if you chap; efsher time for a shmuz with the eishes chayil?
Nu, the Oisvorfer once heard from his Rebbe in between beatings, who heard it from another source, who efsher made it up, that pshat is like this: When a person performs a mitzvah and is happy about it, it becomes clear that he perceives that the mitzvah is being done not for the RBSO s benefit, but for his own. And whenever we do something or anything for our own good, which avada gives us benefit and pleasure, we are happy. Shoin! Understanding that mitzvois go into our proverbial bank accounts (to be offset against the many horrendous things we do) invariably increases our zeal for their performance, and our attitude when performing them.
Said The Kotzker  (among the leading Chassidic Rebbes of the mid-19th century) azoy:  the words of the Toirah must be read with punctuation and vus meynt dos (what does that mean)? We need to insert a comma before the word, “happily.” And with that comma, the true meaning of theverse in which Moishe tells us that we will be severely punished because we performed without happiness, looks epes a shtikel different. Let s see. “Because you did not serve your G-d, happily.” In other words, not only did we reject the RBSO’s ways; we did so happily. We were naughty and bad and enjoyed being bad. Avada for such chutzpa, we deserve to be afflicted with the 98 curses. Gishmak mamish!
A gittin Shabbis –