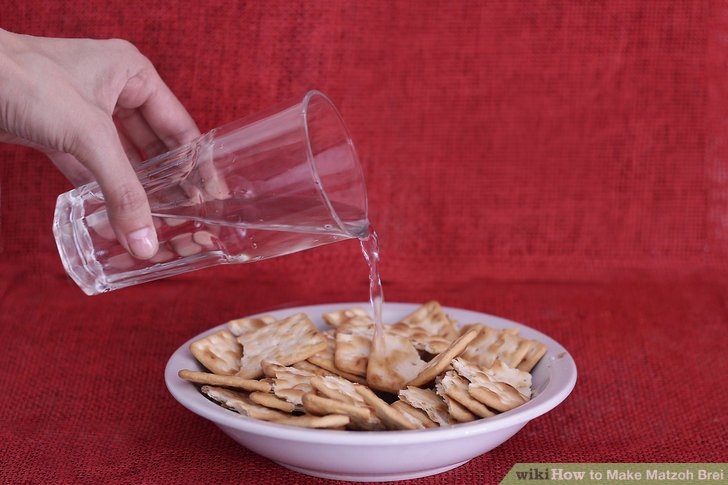 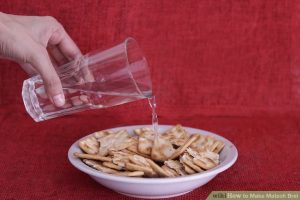 Though we will be celebrating the holiday of Pesach for the 3331st time this year, it was less than 300 years ago –sometime in the 18th century –according to most-  when a number of rebbes decided it was time to stir the Pesach pot by creating controversy where none existed for 3000 years. We will begin and end this pre Pesach short review with a shtikel discussion about one word: gibrokts, a word relevant only in the days and weeks leading up to Pesach.

It appears that the battle between non-gibrokts and gibrokts is over: Gibrokts is just about dead and buried, while non-gibrokts is alive, well, and thriving. Those refraining from gibrokts on Pesach are growing exponentially. Ober, what the hec is gibrokts and why are a seemingly ever increasing number of Yiddin avoiding gibrokts as if it causes measles? And why are an ever increasing number of kosher Pesach programs featuring only non-gibrokts menus? If one eats gibrokts on Pesach, is one still considered religious? Can your kids marry his? May they socialize? Can they communicate in secret through LinkedIn? Efsher on Facebook?

Just a few years ago, those meeting in the aisles of any supermarket, or in shuls in the weeks before Pesach, would ask each other where they were going to be for Yom tov? Were they off to some hotel? Florida? Las Vegas, efsher, Israel? Other exotic locations? These questions would be followed by ‘where are you staying? When are you leaving and coming back?’ A few more conversation elongating questions followed. Ober those are all boring. Today we ask what might be considered the most popular and even a shtikel polarizing Pesach question: is your hotel gibrokts or non? And the follow-ons: might you be enjoying matzo balls in your soup, or not? Might you see sushi platters on the display –albeit wrapped in quinoa, or perhaps even in rice should your hotel also include a menu for Sefardim. As an aside, this is highly recommended: if the Sephardim who don’t always wear yarmulkes but are in many ways more religious in their observances all year long then are Ashkenazim, eat rice on Pesach, why should we Ashkenazim who are mostly fakers, not enjoy a salmon avocado roll? Taka an excellent question. Who knows if and when the President might elect to close the border to Mexico and cause avocados to become extinct, at least for a while? Chas v’sholom and say it’s not so please! 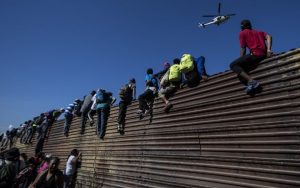 Ober the question remains: what is gibrokts, and why are hotels advertising their gibrokts status? Let’s start here: Gibrokts is kosher for Pesach (Passover) matzo that has, after having been fully baked, become wet. How does something baked and dry become wet? Is wet so giferlich? Isn’t wet good, if you chap? What about moist? Is that good? Kosher? Says the heylige Gemora, as well as the Shulchan Oruch (Code of Jewish Law), azoy: once matza is baked, it can no longer become chomatze. Period end discussion! Once it’s baked as a matzo, it can no longer become anything else, especially leavened bread. Accordingly, from a strictly halachic understanding of the Toirah and heylige Gemora, as long as the matzo has been thoroughly baked, becoming moist, and even wet post baking, are not issues.  One may eat matzo in any dish, even wet. Only leaven is forbidden on Pesach. In plain English: one may then break a matzo into pieces and put them into soup. As well, one may enjoy matzo brei and matzo balls. One can also schemer butter, cream cheese, jelly, and anything else –wet or dry- onto matzo. The matzo remains but a matzo. And for many generations, that’s how it was. Earlier halachic decisors, relying on the heylige Toirah and on the Gemora, which clearly delineated what is forbidden on Pesach, agreed that products made of matzo meal were permitted. Shoin.

What happened next? Of course not all rebbes agreed and why should they? Were they all to agree, who would need but more than one to answer questions for everyone? And were that the case, how would rebbes and today, also rabbis, support themselves? Nu, in order to validate their existence, a number of latter day rebbes decided they must stand apart, they must be different. Accordingly, though they read the very same Gemora and Toirah earlier rabbis did, they decided to add their own stringencies. Why? Because they could! Shoin. It works azoy: when any rabbi of import says something, and should that rabbi have followers –every rabbi has some- their followers do just that: they follow, no matter how outlandish the rebbe’s proclamations. Stringencies kept evolving. In today’s times, rebbes and rabbis agree on kimat nothing. Today the mantra is “consult your local rabbi.” Consult my local rabbi on matters that Moishe, after hearing the final ruling directly from the RBSO, clarified with certitude over 3000 years back?! WT_? Veyter!

Back in the 18th century –as an aside- that number 18 looms large in the matzo baking process,  latter day rebbes came along and decided to mess with the status quo; those eating matzo- brei were efsher not observing Pesach as the RBSO intended, so they declared. Why not? They raised issues and shoin; the great debate began in earnest: can unleavened matzo morph into leavened bread? Can a matzo which needs to be fully prepared and baked in less than 18 minutes, ever become leavened and turn into a forbidden to eat product during Pesach? How can matzo become bread or chomatze? It can happen efsher azoy, the rebbes proffered. In the haste to knead the dough and complete the baking process, all in under 18 minutes, (the limit for a matzo to be called a matzo), some of the flour may not have fully baked, oy vey. And should that unbaked flour then find itself coming in contact with, or even worse –what could be worse- mixing with water, all hell breaks loose.  And this Raboyseyee is where it gets tricky and sticky. Should that flour taka mix with water, it’s efsher possible –so they theorized- for the flour and water to mingle – think mixed dancing- and when placed in the oven -behind closed doors- they can get together and cause the flour to rise, to become sticky, and shoin. In other words: if liquid is applied to dry matzo, the result could be a rise in the matzo thereby causing the matzo to morph into a bread, or chomatze item. Avada there is precedent for this great conspiracy theory. Other things have zicher been known to rise behind closed doors, if you chap. What was matzo, is now chomatze. Fartig!

And from this chasash (suspicion or slight worry), many customs and stringencies were placed by latter day rabbis on their followers.  In our times, many observant communities, mostly chasiddish, shun any and all moistened matzo. For them, it’s matzo-frei  instead of matzo brei. Their chicken soup is served ball-less; they are nebech without, matzo balls, matzo farfel and other Pesach treats.

The result of all this is total hysteria and worse. So happens that last Pesach, the Oisvorfer was seated near a table of chasiddim who took this chasash to a new level: they did not have matza and liquids on the table at the same time. While matza was on the table, nothing else was. You hear this raboyseyee? Avada this was an extreme case ober one that that their rebbe seemingly espouses. Happily there are other Chassidim who aren’t as extreme, yet still don’t eat gebrokts. As stated earlier, when it comes to stringencies regarding the introduction of liquids into, or onto the solid matzo, there are many opinions.  Additionally, there are levels of stringencies concerning utensils that have come in contact with these foods. 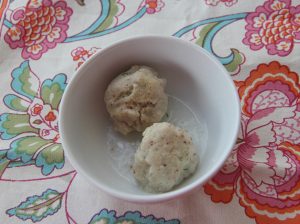 Ober, do all agree that we must separate chicken soup from its matzo balls? Do all rebbes follow and adhere to a chumra imposed by the rebbes of yore? Of course not! Says the the Pri Chodosh (461:2, s.v., ve’od): not!  He argues at length against this observance and maintains that one may not institute new decrees unless there is a basis in the heylige Gemora or in the writings of the Rishoinim (earlier rebbe’s). Says he: we needn’t worry the rest of us just because one person makes a mistake and finds a way to turn matzo into chomatze.

The untishter shira (the bottom line): when it comes to eating or avoiding gibrokts on Pesach, there are two schools of thought. Some do, some don’t. Either way, you have writings to support your position. You are in the safety box. You are not a terrible Jew if you eat gibrokts, and zicher not a bigger tzadik if you don’t. Feel free to move about the cabin.

Emor 2022 – The Stubble and the Beard: A Close Shave & Hefsid Miruba

No Parsha 2022: Kosher for Passover

Tzav Purim 2022 – Queen Esther & Mordechai’s Relationship: What Was It?