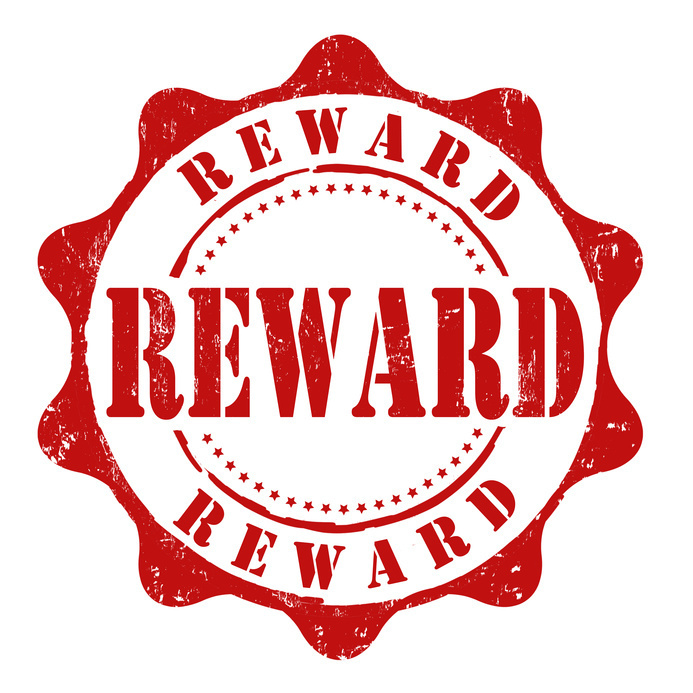 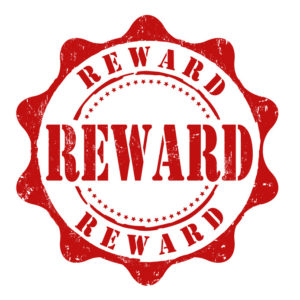 We begin with good news: Because the Oisvorfer has been fighting an infection and has in general not been feeling well this week, he decided on Wednesday not to write a new review. Instead, he was set to chas vsholom (heaven forbid) repeat a posting from 2014, or earlier.  Ober, because last week’s anniversary piece garnered over 81,000 website hits, at the last minute mamish -Wednesday evening at 9PM ish- it was decided to give it a try. Here then is this week’s short review of parshas Eikev.

The RBSO has been known to dole out free rewards, decent ones, even to those whose behavior is less than admirable. Avada that’s givaldige news for many of you. It’s zicher not a license to continue your chazerishe behavior and ways, if you chap.  Just saying that the RBSO has in the past, and continues from time to time, to offer loyalty and other rewards for reasons we may not immediately chap.

Though we hear and read that bribery is bad, efsher even illegal, and that from time to time, a few otherwise good guys, get jammed up as a result, in this week’s parsha of Eikev, Moishe, representing avada the RBSO, will do just that. He will mamish bribe the Yiddin. He’s offering deals and will tell them azoy: If you (the Yiddin) will but follow in the ways of the RBSO, by hearkening to His decrees and by performing them diligently, good things will happen. In the first five pisukim of the parsha, he will delineate the many benefits of being good. The RBSO will love you, He will bless you, multiply you, bless the fruit of your womb, the fruit of your land, your grain, wine and oil. And there’s even more. 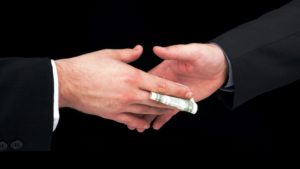 It’s not the first or last time bribes and incentives will be offered to the Yiddin in exchange for good behavior. As the parsha opens, Moishe is still talking as he has since the beginning of Sefer Devorim, and as he will be until he passes away in parshas V’zois Habrocho (last parsha in the heylige Toirah). Does everyone agree? Not! According to some, he was still talking and writing after his passing. How is that shayich (possible)? Are you questioning the RBSO’s abilities? Let’s hope not. In any event, whether he was or wasn’t talking and also writing the last few pisukim of the heylige Toirah after passing away, is not for today. We will zicher cover that topic in a few weeks. Ober for today, let’s stay focused on the rewards or bribes Moishe will offer the Yiddin in exchange for their good behavior. In Eikev, after having tried -and mostly failed- to reign in the Yiddin and their natural penchant for mischief and worse, he will roll out a new strategy. Moishe will introduce a rewards program. In other words: he will attempt to coax and bribe the Yiddin into better behavior. Did it work? Not for very long. 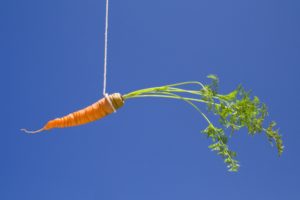 Moishe will not be offering cash or mileage rewards. Those will be introduced generations later by American Express and others. Besides, the Yiddin had little interest in collecting miles; they had seemingly logged enough during their 40 years of desert hopping. It’s the last thing they wanted.  Moishe will introduce a new concept: he is offering them brochis (blessings). The Yiddin enjoyed receiving brochis, the concept caught on. Generations later, rebbes, mikubolim, (Kabbalists), and others preying on those who either want, or, are in need of a brocho, will follow suit but will flip the model on its head. These good folks will ask that you bribe them with cash, checks and even credit cards, in advance of receiving the brocho and with promises of more of the same – efsher on a regular basis – in exchange for their blessings. A number of the brocho dispensers have become general practitioners -neither college nor licensing a prerequisite, in fact, efsher an impediment- dispensing blessings as needed or requested. Others, will hone their craft and become specialists. Having fertility issues? Seek out mikubil A. Dealing with an illness -heaven forbid- avada you should run to mikubil B for a brocho. Need a yishua (are you in big do do), have your people find mikubil C. The list goes on. Having bribery issues? Surely there is a mikubil with experience in such matters, efsher himself having been involved, ver veyst. Whatever, find the mikubil who specializes in the matter at hand, offer him an inducement (bribe), and avada all your troubles will be behind you. If one is not offered, not to worry: either he, or one of his inner circle (bagmen) will zicher ask. Says the heylige Oisvorfer azoy: forget about pay-for-play- and pray brocho dispensers; heed instead the words of Moishe. Do the mitzvis!  Or, if that’s too hard for many of you and mistama it is, refrain from doing the avayris (sins) that really anger the RBSO. It’s  zicher a cheaper and more reliable option. The RBSO delivers. Moreover, the bribes offered by Moishe -good tidings in exchange for good behavior- won’t get you jammed up.  The deal being offered does not require you to perform the more difficult mitzvis; the deal Moishe offers, requires that one be diligent with easy to fulfill commandments, the ones we give short shrift.

Speaking of delivering on promises, let’s chazir (review) how  Moishe, playing good and bad cop throughout, will again remind the Yiddin of their poor behavior during the eygel caper, and how he needed to go to bat for them and his own brother Aharoin as a result. He will, efsher to awaken them, or, perhaps to get them ready for the rewards program, also tell them that they remain perhaps unworthy of entry into the Promised Land.

Nu, stiff necked and more, if you chap, which zicher they did many times with the wrong people, they zicher were. Avada they paid, prayed (to avoido zoro), and then paid again, this time with their lives. 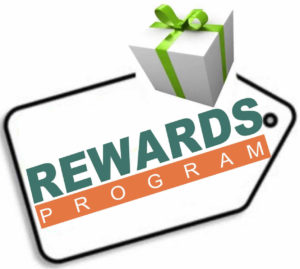 Moishe reminds the Yiddin not to be fooled into thinking that they were good and or that they are gaining entry davka because the goyim -the other umois ho’oilom- that are its present occupiers are being expelled for even poorer behavior. Such behavior avada included avoido zoro, something the RBSO mamish abhors as He has told us over and again especially so in Sefer Devorim. Moishe will drive home this point: It’s taka emes that the goyim were bad and are being expelled. Ober, that has nothing to do with you, the Yiddin. The Yiddin were efsher not much better: they are getting the Promised Land for one reason only. The RBSO promised it to their forefathers Avrohom, Yizchok and Yaakov.  Hence its name.

Shoin, efsher we need to brush up on our understanding of the rewards and punishment program Moishe has laid out. Rewards are seemingly, at times, thankfully awarded even when a recipient is undeserving. Efsher the recipient will do something good in the future, efsher he did something good a long time ago. Or, efsher, He, the RBSO just feels like issuing a reward because your parents in the past, or your kids in the future will, or you yourself might surprise Him with good behavior.. We cannot fully chap all this. And while we should avada be on our best behavior and try to chap what He wants and how the system works, we cannot assume that one who received an award is davka a good guy while one who is being punished, was or is particularly bad.  Certainly one should not attribute one’s success or failure to one’s good and or bad deeds. The system of rewards and punishment is seemingly far more complex. 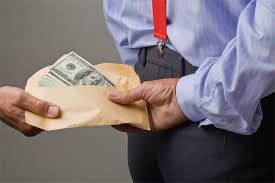 The bottom line: the RBSO keeps His promises and that’s why the Yiddin were getting the Land. Was their overall behavior good?  Not!  Was it less than admirable? Yes!  Those facts notwithstanding, the Yiddin were the beneficiaries of a reward.  Or, efsher a bribe in the form of an inducement to do better in the future.

Ober, if not, all hell will break loose: if the nation is unfaithful, the rains will not fall at the times they are needed, the produce will wither, and the people will “perish from the land.” Has that mamish happened? Is the global warming or climate change we’ve been hearing about and even experiencing efsher related to our bad behavior? Es ken zeyn, gantz myglich (quite possibly)! Was Moishe bribing the Yiddin, threatening them or offering some magic?  Maybe all of the above.

Efsher you’re klerring (thinking) azoy: will all these rewards and punishments come our way if but one of us is bad or does the entire nation need to behave or violate? Can one bad apple ruin it for the entire batch? How many have to go bad? Efsher you’re thinking…can I alone bring down the entire nation? Says Rashi (and others) azoy. Avada you recall that last week’s parsha contained the first paragraph of the Shema and we already discussed that this week’s contains the second paragraph. And what does the Shema have to do with this concept of reward and punishments and whether or not good or bad tidings are based on individual or the entire community’s good or bad behavior? Taka and excellent kasha ober listen to this even better and gishmake answer. And to chap this, let’s examine the relationship between the first paragraph of the Shema (last week- Perek 6) and the second paragraph of the Shema, found as we said above, in this week’s parsha. Though at first glance they are seemingly repetitive, they do taka deliver a similar message, ober upon closer examination, not quite. Given that you recite the Shema several times daily and a few might even recite a paragraph just before bedtime (people still do that?), you may have noticed that the first chapter- that of the Ve’ohavto (You shall love)…is written in the singular tense, while the second- Vi’hoyoh (And it will be)… is in the plural. It’s the second that speaks of reward and punishment and efsher we can kler that the behavior of one single individual cannot bring or withhold rain. Ober when as a group, where the gantze (entire) community follows and obeys the Covenant, then the rains will come in their due time and the ground will be fertile. In Eikev, Moishe will make it abundantly clear over and again: there will be great reward for us if we are but faithful to the commandments. Do mitzvis come with rewards?