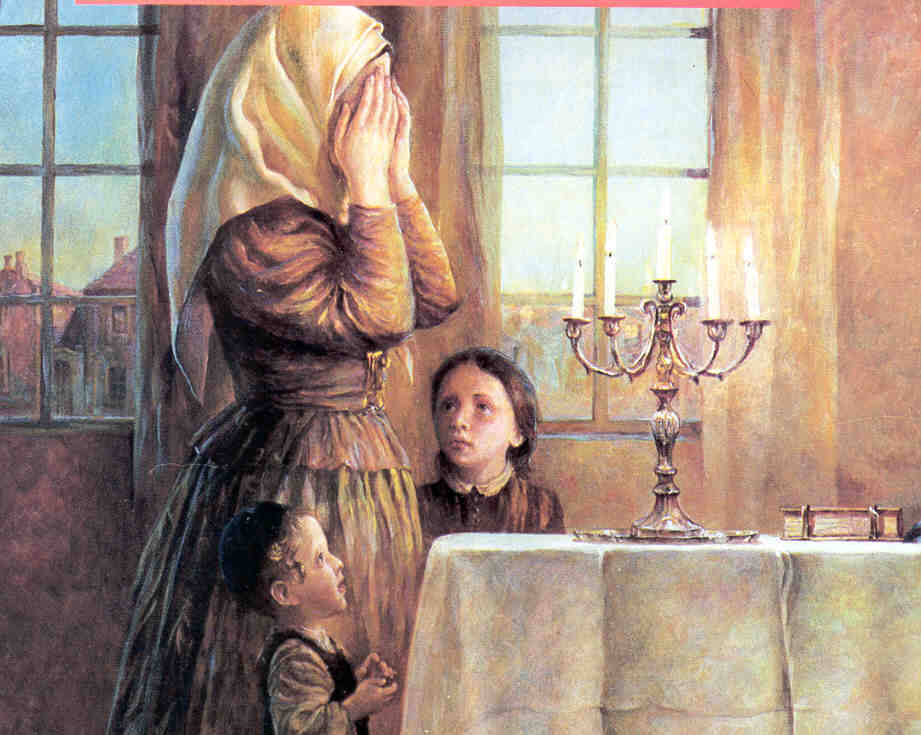 To great women: a dedication:

In a week where we celebrate the courage of Esther Hamalka to share her jewels, if you chap, I thought we’d give a shout-out to other women of valor who played a role in this week’s heylige Parsha.

One year ago this Shabbis, I added a proper welcome and salutation to the many Raboyseyettes that have joined and enjoy reading the heylige words of the Oisvorfer weekly. And taka, as you read this week’s Parsha of Ki Sisa, you’ll chap that the Veyber (married women) and those waiting (to get out or in), are taka Toirah worthy. Besides, weren’t they on Har Seeni to receive the heylige Toirah? Don’t they have a right to learn the Parsha? Didn’t they behave nicely while their husbands were slaves in Mitzrayim? Didn’t they bring food, massage and seduce their hard working men using special mirrors that we’ll discuss next week? And didn’t they miraculously give birth to 6 to 60 kinderlach  (children) at a time? Don’t you remember anything, even the heylige Toirah you’ve been reading from the Oisvorfer Ruv weekly? Shreklich mamish (shocking)! Nu…let’s not get ahead of ourselves.

This is the Parsha where mamish but 40 days after the Yiddin proclaimed with unity those two holy words- Na’seh- Vinishma (we will do and then we will listen) – words that brought them the Toirah and a visit from the RBSO Himself to deliver the first  of the Ten Commandments-  the Yiddin got busy Naseh-ing (doing); unfortunately, it was the wrong thing!  Instead of waiting for Moishe Rabaynu to come down from the mountain as he promised he would, they assumed he was dead and wanted a replacement. Instead of appointing Aharoin, Moishe’s older brother and zicher leadership worthy, they rampaged, killed Chur (efsher we’ll talk about him soon) and forced Aharoin to help them make an eygel (golden calf). Ober did the Yiddishe veyber cooperate with the plan? Were they co-conspirators? Avada nisht! In fact, quite the opposite is emes. The shlechte menthcin (bad guys) did approach the women seeking their help – for how does one make a golden calf? With gold avada! And who had gold and lots of it? The heylige veyber, that’s who. From 47th street, from Yirusha (inheritance), lovers and even husbands, ver veyst or maybe from the mitzrim as they left Egypt, but seemingly they had it. Some say the Munn was delivered gold encrusted, ver veyst.  We are taught that approximately 3,000 people, grada not such a large amount considering how many left Mitzrayim, participated in the Eygel fiasco and the Medrish and others suggest that this entire clan was made up of the  Erev Rav, not such good people who snuck out  of Mitzrayim with the Yiddin.  Nu, back to the women……..and one has to think…what were the men thinking when they approached the women asking for their gold? Have you ever seen a woman give up her jewelry? Her jewels, nu, that I’ve zicher seen, if you chap, ober nisht gold. In any event, in their zechus, the Oisvorfer decided that they should taka be zoiche to receive this Toirah weekly with a proper salutation. Shoin!

You shouldn’t think the heylige neshei chayil were stingy and refused to participate in other projects and says the Da’as Zekeinim that during the Eygel incident, the men took their wives’ jewelry by force, such chazerim (pigs). Shreklich mamish! The women had taka refused participation and donating to the misguided Eygel cause.  However, not because they were stingy; they just chapped that something was wrong. Ober next week, in describing the donations to the Mishkon, a good and holy cause, we will taka learn that the women wanted to participate with donations, including their jewelry and the special mirrors they used in the fields of Mitzrayim. Ober chap nisht, we’ll cover all that next week. This week, we’ll keep the Toirah short.  Moreover, these same heylige veyber (holy women) stepped up and we’ll learn that according to the Medrish in relation to the Mishkon, there were, in fact, many men who were reluctant to give their money, while the women were universally enthusiastic.