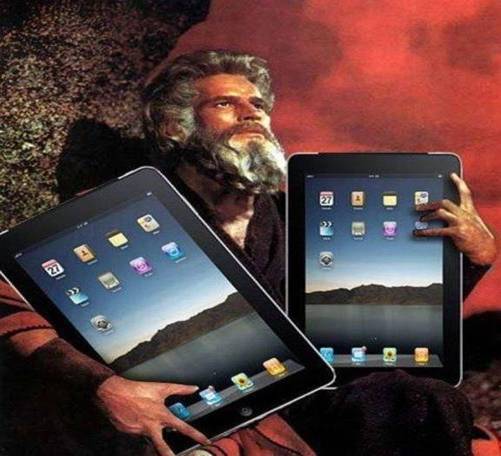 Yom  Kippur in May?

This coming shabbis, the day before the great Yom Tov of Shovuois, we’ll be starting book number four-Sefer Bamidbar- aka: the Book of Numbers, and laining its first Parsha, also appropriately called Bamidbar. Although we Yiddin often call this Sefer by its Hebrew name Bamidbar ( “In the Desert”),  in fact, its ancient Jewish name is  Sefer Hapekudim  (Numbers) because it describes how the Yiddin, while in the desert, led by Moishe, were  counted several times. One such count takes place in this week’s Parsha. Veyter!

Other than the big count which takes up the entire Parsha and some of next week’s as well and which we’ll get to in just a moment, not much else is going on in the parsha.  In fact not one of the 613 mitzvois we use to have back in the day, appears in this week’s parsha and should you arrive a bit late to Shul this shabbis, it won’t be all that giferlich. Zicher you’ll be up all night, if you chap, maybe even learning and avada you could use some extra sleep on Friday night. Ober, the seedlings of a major source of parnoso (income) for many Yiddin throughout the millennia has its roots right here in this Parsha: seemingly Moishe was the first ever Jewish accountant and auditor. Lots of detailed counting of people as individuals and based on their father’s household, much repetition and so little other gishmake content that even Rashi, who commented on just about everything, including Mrs. Rashi’s wardrobe, had little to say. Instead, let me infuse you with epes a shtikel something to zugiber (say over), a few random thoughts for the shabbis tish; efsher you won’t look like the am ho-oretz you really are.

The parsha opens with the RBSO’s  command that a census be taken of the Yiddin, the first of  three  such counts taken in the first thirteen months following the Exodus from Mitzrayim.  As to why the RBSO wanted the Yiddin counted, why three counts in such close succession and the differences between them, ver veyst.  Of course Rashi knows and suggests that the RBSO counted the Yiddin because He loved them. “Because they (the Children of Israel) are dear to Him, He counts them all the time: When they went forth from Egypt He counted them; when they fell because of (the sin of)  the Eygel  (Golden Calf) , He counted them; when He was about to make His presence dwell amongst them (i.e., in the Tabernacle) He counted them. For on the first of Nissan the Tabernacle was erected, and on the first of Iyar (the next month) He counted them.” Seemingly this love fest didn’t last all that long  and it  so happens that kimat all the Yiddin counted  in the first  and second counts will have died in the coming 40 year trek through the Midbar, but that for another day, let’s stay focused.   The RBSO ordered a count and that’s what Moishe, Aharoin and their 12 assistants did.

Interestingly enough, the words of the heylige Toirah in commanding the census are quite ominous. Said the RBSO that Moishe should “count the heads” (1:2) of all the households,  ober the Hebrew word used for the counting  instructions “Se-u” could also mean, “Lift the heads”. Why would the Toirah use such ambiguous language? Or can we kler (ponder) that lifting their heads actually meant ‘off with them’ is  exactly  what would happen to a great majority of them throughout Sefer Bamidbar for their less than exemplary behavior which avada the Oisvorfer will cover in great detail?  Ver veyst. Also, why were they to be counted according to their households, which had never been done in the past? Says Rashi: that prior to the census each Yiddile (Jew) brought the records of his/her pedigree and birth certificate, so that each one could trace his genealogy to a tribe. Each was required to produce a Yichusbreef (book of his/her lineage) and adds the Medrish that producing this book was also a prerequisite for each person to receive the heylige Toirah. Yikes!

In fact, though Rashi suggests that the RBSO counted the Yiddin because He loved them, the emes is that they weren’t counted all that often and certainly not  ….”all the time…”  Says the medrish, (Tanchuma, Ki Sissa, 9 and other places): the Yiddin were only counted a total of nine times until today, and the tenth, will be the final count, when the Moshiach arrives.

For the non orthodox, those orthodox but not practicing, those that were once orthodox until they had a shtikel bad experience with a Rebbe who chapped where he shouldn’t have, and many other  Yiddin, this special yom tov of Shovuois which begins as shabbis lets out, is kimat non-existent, always was and remains the unsung holiday. Why? Ver veyst ober azoyiz iz (that’s how it is). Even those Yiddin who faithfully attend some shul on Rosh Hashono and Yom Kippur and sit down to a Seder every year, rarely take off from work or school for Shovuois.   Exactly how it got left off their calendar I’m not exactly sure; efsher we’ll look into this inyan (topic) next year when  the Oisvorfer will cover all the major and minor holidays we mark during the year.

Mistama you forgot or never knew because you didn’t pay attention, that  Parshas Bamidbar  is always read just before Shovuois and so says the Shulchan Aruch, Oirach Chaim (428:4). Shoin!  And how was this arranged so perfectly? Seemingly, our wise chachomim (sages) somehow designed the cycle for the weekly readings to ensure this order ober, taka why? Says Toisfis,  the great medieval school of commentators on the heylige Gemora (Megillah31b) azoy:  Chazal (another word for sages) wanted to  “buffer”  last week’s Parsha which contained stern warnings for the wayward bunch of Yiddin that just left Mitzrayim a  few weeks back (just under seven) and its curses (that the chazzan reads in an undertone so that we don’t hear them all that well) in case they were to sin, and the “Yoim HaDin” of Shovuois. Hey, isn’t Yoim Hadin, another name for Yoim Kippur? What’s it doing here in May on Erev Shovuois when we’re about to celebrate the great big miracle on the tiny little mountain with cheescake? What’s pshat? How and why is Shovuois considered a Yom HaDin? And answers the Gemora:  on Shovuois the RBSO determines yield, yet another accounting term, not of humans, but of fruit trees.  Says the heylige Gemora (Rosh HaShono 16a): on Shovuois, the RBSO decides the yield of fruit trees for the coming year. And how is the fruit tree connected to the parsha and Shovuois? Nu, halt kup and the answer is that by placing Parshas Bamidar between Shovuois and the Toichacha (admonitions), we metaphorically say to the RBSO that “The curses should apply to the previous year’s fruit crop and not affect the coming year.”  Why the poor innocent fruit tree needs to suffer for our behavior, nu, ver veyst but that’s what is says and our job is to believe. Thus, Parshas Bamidbar acts as the stop gap between Bechukoisai and Shovuois to avoid any mention of our misdeeds, (of which, by this time of year, there are plenty)  at this critical time when the bounty of our trees and so much of our material well-being is being determined. Confused? Nu, you’re not alone.

Some say that Parshas Bamidbar is otherwise also linked to Shovuois since the Parsha presents the names and leaders of each shayvet (tribe) of the Yiddin and some say that this delineation of the leaders promotes the idea that the heads of the community should be paragons or teachers of Toirah. Avada some can question this notion after watching a few  of these leaders in action this past Sunday at an asifa called together primarily to sell kosher food, internet filtering software, help the promoter pay the rent bill for Citi Field and otherwise bad mouth those who use the internet daily, even those utilizing it for learning and/or to make a living.  Interestingly enough many Yeshivas and other frum organizations have become more and more adept at utilizing the power of  the internet to sell raffles, promote Chinese Auctions and have otherwise become quite skilled and have found creative ways to partake in the great power of the internet. There’s no going back!  Though 45,000 or so hats showed up to a gathering, few if any, will give up their smart phones, I-phones and assorted other devices. It’s just not a reality and not happening. and those chazerrim who prey on innocent children will always find channels for their perversions. Have they banned the mikveh?  Those who enjoy themselves by watching or downloading shmutz have and will always find alternative sources to feed their proclivities. The bottom line was and always will be about self-control and not blaming technology. Let’s grow up.

Finally, since the Yom Tov, Shovuois is upon us, let me remind those that are a shtikel or more lactose intolerant to stock up on whatever helps them get through, before and after. Avada you all know that we Yiddin have a shtikel minhag  to eat milichiks (dairy) over Yom Tov though the Oisvorfer admits to not being able to find any real credible sources for this custom. Mistama this minhag came about as do many others in the frum world because a few people in the dairy business needed to make a parnoso and with the Gemora requiring that meat and wine be consumed in order to enjoy any Yom Tov meal, and with two and three day Yom Tovs cutting into their revenues, found it necessary to create an exception which avada became a minhag and which ultimately became the law. We call that gorilla marketing but it seems to have taken hold.

One medrish suggests that the Yiddin, upon receiving the Toirah, could not eat any of their meat products since the meat that they had was not prepared in accordance with the newly given shechita laws (ritual animal slaughter) and other dietary laws. Once the heylige Toirah was given, the Yiddin refrained from eating meat because they now needed to learn the laws of kosher slaughter and to avada kasher their utensils in the mikveh. Where they found a mikveh in the Midbar, ver veyst but as we have discussed in the past, this Midbar was a magical place and if the RBSO wanted a mikveh to suddenly appear so that the good Yiddin could toivel their equipment and their utensils, is that so hard to believe? But before the magical mikveh appeared, what to do and what to eat? Nu, they improvised and ate milichiks while studying these new kosher concepts. And so it happened that on Shovuois, the great holiday when we recall receiving the heylige Toirah, they ate cheesecake, blintzes, ice cream, pizza and other such delicacies.  Emes? On the other hand, didn’t we learn that the Yiddin ate Munn for 40 years in the midbar? Indeed we did. Ver veyst?

On a more mystical level, the gematria (numeric value of the Hebrew letters) of the word for milk- cholov- is 40 and avada forty corresponds to the forty days and nights that Moishe spent up on the mountain learning the heylige Toirah. Shoin! And now you know.

A gitten shabbis and a gitten Yom Tov