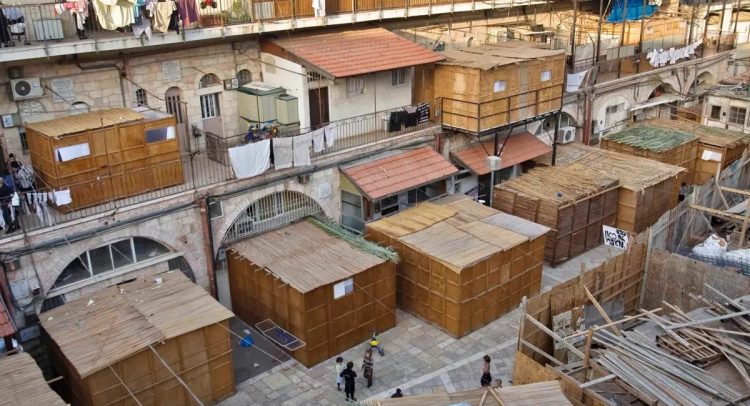 The Most Expensive Fruit In the World

Yearly as the Yom Tov of Sukkis draws near, I wonder about the price of Esrogim for the coming season. Will the market for Esrogim make new highs, or will it correct as does typically the Stock Market in September and October? Just how much will Toirah inspired esrogim vendors be charging this year? And what stories will they roll out for the coming season to justify price increases? Will they blame it on Shmita? Or will they have us believing that the esrog crop became infected with some virus, a variant efsher, and as a result there is great scarcity when in reality this is but a buba myseh? Let’s recall please that the esrog is but a fruit. A nice one but still a fruit.

Ober the bottom line is azoy: Every shul in every community has that one -usually a few- who likes to be the guy with the nicest, the biggest, and the costliest esrog. Size and shape matter! Why? It makes him/them feel good to have it and to show it off; human nature dictates such behavior. Got it, flaunt it!  Why? Insecurity zicher play a role.

As to the rest of us, an esrog is an esrog. Ober why taka is the esrog so damn expensive? Is it the most expensive fruit in the entire world? So it seems but it’s not! Lest you think that you’re the victim of price gouging by one of the myriad esrog dealers who can be found in parking lots, in shuls, side and backyards, popup storefronts, kosher food emporiums,  where sushi is sold, and elsewhere, the Ois has some givaldige and sobering news for you. The esrog you purchased -no matter its size, shape, color, and other determining factors, and no matter what price you paid- is not the most expensive fruit in the world. Mamish? Says the heylige Internet, azoy: the Yubri melon from Japan is the most expensive fruit in the world. These melons are especially grown in the Yubari Region of Japan. And the cost? $30,000 a pair. The Yubari King Melon (below) is a hybrid of two other melons that originated on the same Hokkaido Island and got its name from the Yubari greenhouses on the island. The melons have a perfect round shape with a smooth rind, with part of the stem left on top to improve their aesthetics. They’re very soft and sweet and they’re used as gifts during Chugen – the Ghost Festival, a traditional Buddhist and Taoist festival. Seemingly the goyim have also discovered the art of business and religion. In recent times, the average price is $12,000 per melon, ober in 2008, two of them were sold for a hefty $30,000, making them the most expensive fruits in the world.

And the good news: To date, our sages have yet to declare a holiday where these melons are required, ober if the Moshiach doesn’t arrive soon, don’t put it past some rebbe or mikubal to begin selling them as a segula for something. What that something is ver veyst?! 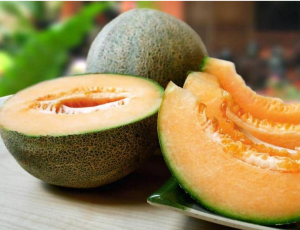 The bottom line: if you want to be the biggest of all shvittzers (big shot) in town and just in case you were outbid on Yom Kippur where “pisicha for Nieila” (the honor of opening the Aron Koidesh before Niela, was purchased -in certain shuls- for as much as much as $22k locally and topping $50k in a certain Brooklyn shul and a similar price over in Miami Beach, walk into shul carrying a pair of these melons and you’re the man.

And guess what? The esrog -a bargain mamish when considering all the freebies it comes with (the lulav, hadasim, arovos, and the hand woven lulav case. Let’s not forget the plastic sleeve.), does not even rank among the top five costliest fruits found around the world. Not in any order, here’s what you can expect to pay if you really want to show off your fruits. 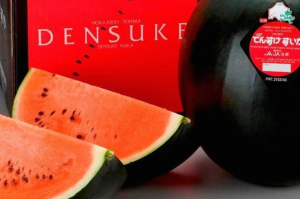 Let’s check out the  Densuke Watermelon which at  $6,100 takes second place. With no spots nor stripes, weighing up to 11 kilograms, the black Densuke watermelon is a rarity on the fruit market. They say it’s sweeter than other watermelons, and since only 10,000 of them are produced every year it makes them very exclusive. Usually one costs around $250, but in 2008, a record of $6,100 was reached for one of these black sweet melons.  Where can one get his hands on this watermelon?  They are found only on the Hokkaido Island in Japan, hence it’s hefty pricing. 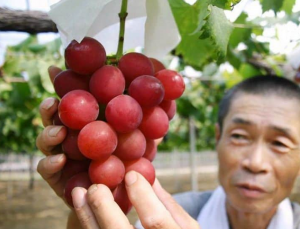 See the Ruby Roman Grapes above? They will set you back only $8400. Grown in the Ishikawa Prefecture (Japan) since 2008 and named through a public referendum, they’re the most expensive grapes you could ever buy. The selection process means verifying that each grape has over 20g and 18% sugar content. If they’re over 30g and the grape cluster weighs over 700g they’re selected for the premium class. The premium class grapes are so rare, that a cluster of 26 of them was sold in 2015 for an unbelieving $8,400. 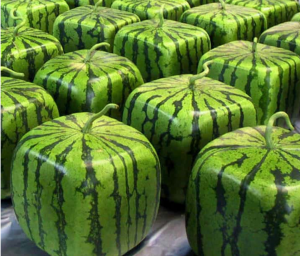 And if the grapes are out of your league, efsher you can afford the Square Watermelon which sells for but $800. Believe it or not, these watermelons are available in many parts of the world. Not a watermelon man? Check out these Pineapples from the Lost Gardens of Heligan, they’re only $1500 each. 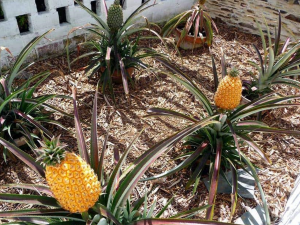 One was auctioned at some point and the buyer paid around $16,000 for one. And check out this $3,000 Mango. The name means “egg of the sun” and they’re another result of fruit picking perfection. Taiyo no Tamago Mangoes need to have over 350 grams each and high sugar content to be selected. 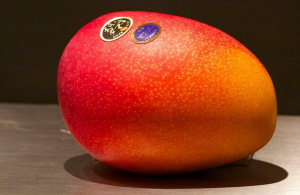 In the mood for citrus? Check out the Dekopon Citrus. At $80/pack of six the Dekopon Citrus is a sweet, seedless combination of mandarin and orange. According to many, they are the best oranges in the world. Find them in Japan. More good news: spray them with some yellow paint and they might well pass for an esrog. 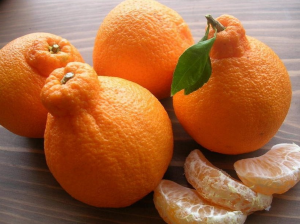 And if after reading the toichocho (rebuke) in these last few parshas of Sefer Devorim and if the consecutive holidays have you thinking about a switch to something easier, check out the Buddha Shaped Pears. They got for but $9 and you can bite into them. Yeah, you read that right. Buddha shaped pears. Folded arms, meditation posture and smile included. One Chinese farmer, Xianzhang Hao, came with the idea to create these pears in the shape of the Buddha Statue in his farm in the Hebei province of China.

Grada this Buddha pear has the Ois klerring azoy: why can’t all esrogim be perfectly pre-shaped and sell for $9 a piece? And the answer is quite poshit: the RBSO -through His commandments- created opportunities for many to make a living; how would these Toirah inspired entrepreneurs fare would the price of esrogim fall to but $9? 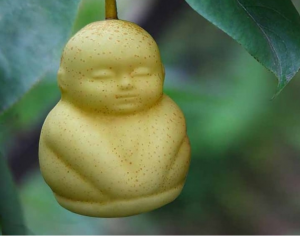 Chag Somayach to all Ois readers!

Hoishana Rabbah 2021: The Last Bang Theory & Why Sukkis is Better Than Pesach

Hoishana Rabbah 2021: The Last Bang Theory & Why Sukkis is Better Than Pesach

Ki Sovoy 2021: The Sounds of Near Silence

Ki Saytzei 2021: The Curious Case of The Pubic Hairs

Eikev 2021: Marriage on the Broken Rocks