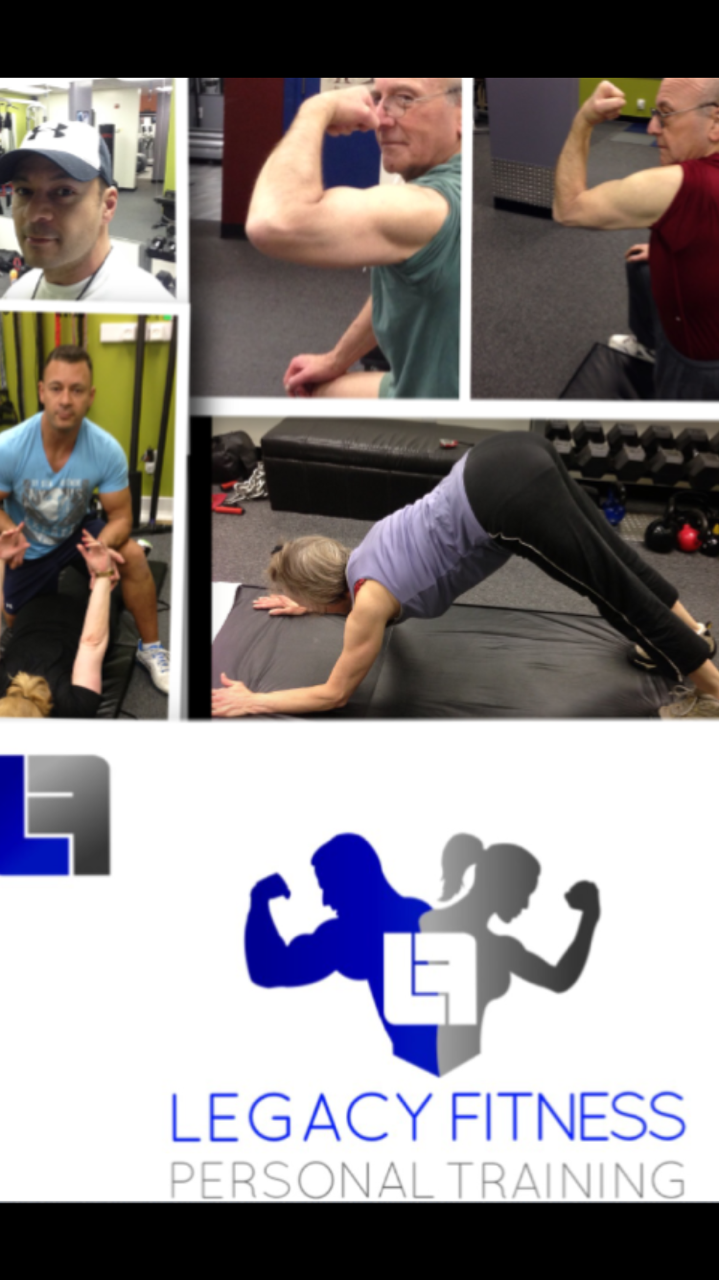 In this special edition, the Oisvorfer  reviews the shul diet, plugs fitness and his trainer.

Christian Mendoza does battle with the shmorgasbord and shul kiddush

I hate working out! I’m not alone. Most of us don’t enjoy exercising and though we logically chap (understand) that exercise is necessary for one’s heart and overall good health, unless you are a gym rat – most aren’t- going to the gym is torture.  Broken commitments to a gym regimen and/or regular exercise, lie atop the heap of other broken New Year’s (and other) resolutions. Many of us would rather schedule a few hours in the dentist’s chair or even a regular learning seder than  dedicate an hour a day or a few hours a week to exercising, fitness and weight control.

I first met Christian Mendoza back in 2008 while suffering with lower back issues. He truly healed me and has nursed many with physical injuries back to good health. Moreover, he doesn’t ever make anything worse and that sentiment was repeated over and again by the many I have run into in the last seven years or interviewed for this article.  He is trained in physical therapy and is a master stretcher. And yes, every workout concludes with a few minutes of feel-good stretching. Some start that way. He’s full of surprises and he’s heard me yell more than once. In fact, there have been times when this body was just too broken for a workout and the entire workout consisted of stretching.  That was good! My story is not unique, other are more compelling. As an aside, Christian is somewhat of a germaphobe and no sooner is your session over when you will find him on the floor spraying and wiping down your mat. He loves clean!

Let’s face it, the Jewish diet and in particular the orthodox Jewish Shabbos diet has always been, and remains on a collision course with healthy living. Our lives are anchored in shul where, in addition to, or besides the main event -the davening- members and their families look forward to the Kiddush. Some shuls might close without one. And while upscale caterers are always tinkering with new ideas and dishes, trying to keep pace with the latest trends in upscale dining and fine cuisine, the reality is that we are conditioned, Pavlovian style, to make a bee line for offerings which include chulent, kugil, kishka, carved meats, and anything else that might permanently attach itself to our waistlines, thighs or other parts of our bodies. Dessert on the way out is of course mandatory. Though Jewish people have adopted sushi- a somewhat healthier food item- as if it were part of our heritage dating back to Har Sinai, eating a healthy  portion of fatty Kiddush food is a requirement, almost a commandment, before we make the journey home to enjoy a full lunch with the family. And because our stomachs might be growling for yet more along the way, some have the minhag (custom) to Kiddush-hop from shul to shul or even at a neighbor’s house for extra helpings. Many will regret these choices later in the day or when they dare step onto a scale, but the cycle repeats weekly. Let’s get real.   No Jew has ever won the battle of the shmorgasbord. It’s ever powerful, perhaps stronger than the yetzer horah himself! Such is life!

Our weekday schedules which include a healthy dose of organizational dinners,  engagement parties, weddings, bar mitzvahs and other reasons to gather and consume a few thousand calories, all while standing and all in under five minutes, aren’t much healthier. We need to exercise!  Who among us couldn’t benefit and whose looks wouldn’t be somewhat enhanced having shed a few pounds?

In the late spring of 2011, I wrote an article about LEGACY FITNESS and its proprietor and head trainer Christian Mendoza which was published in THE JEWISH HOME, an enjoyable Five Towns weekly paper/magazine. We’ll call it more of a magazine because of its glossy cover and ease of beginning and completing articles of interest. See it here http://toirahruv.com/wp-content/uploads/2015/02/Christian-Mendoza.pdf.   In addition to its roundup of world and regional news, weekly Torah thoughts and the necessary fuel to operate the magazine in the form of advertising from local and other merchants, it also, from time to time, features health tips and other interesting gems.

Back then LEGACY was a highly personalized gem of a gym, located discretely above BRACH’s Kosher supermarket. It still is! No longer the secret it once was, LEGACY, nearly four years later, continues to offer the same high level of personal one-on-one training.  In a world of mega gyms, LEGACY remains a boutique operation. In an era of large supersized gyms with dozens of bikes and rows of equipment, LEGACY pales by comparison. Instead, it remains in its original location, still signless, atop BRACH’S here in Lawrence. But dare walk approximately 20 feet to the right of the store’s entrance and you will find a blue door, usually ajar, leading to a staircase which takes one up to the 2nd floor. Enter LEGACY, a two room micro gym where you will always receive personalized attention, one-on-one training with either Christian Mendoza, or one of several dedicated trainers.

But not for a barrage of texts, calls and follow-up texts offering me a workout slot as early as 6:15AM, and guilting me into accepting,  I would long ago have dropped out. Let’s face it.   Statistically speaking, the gym dropout rate is alarmingly high. Most of us have! In fact, gyms count on no-show memberships; it’s part of their business model. They don’t really care if you come or not. Many enthusiastically join and then hope that membership will automatically translate to fitness and weight loss. Sadly it doesn’t work. At LEGACY, Christian and his trainers know each client and make sure they make and keep appointments. More interesting is that the trainers know each person’s needs and body. They know when to push and when to let the body rest. Every session is different.

Over at LEAGACY don’t be surprised to find congregational rabbis, school principals, doctors, and other high profile people who seemingly benefit greatly from the ever evolving workout sessions Christian prepares. They are all clients or members but the truth is that you will rarely meet them because LEGACY operates quite differently than do most gyms. More typically, it’s you and your trainer and maybe one or two others with theirs.  It’s actually quite a private experience, preferred by many for various reasons.

I’d been thinking about a follow-up article for some time. I was wondering how the people were faring four years later. Were the dropout rates at LEGACY as high as at other gyms? Such an endeavor dictated that I check in with some of those originally interviewed and others I have seen coming or going. Were they still members, still active? Or, did they, like some many before them, succumb to the shmorg?

“I trust Christian implicitly” said Lawrence resident, Dr. Barbara Schwartz, herself a Physiatrist who had been working out with Christian for over  ten years and who understands more than the average person, the physical body, its needs and importance to be well maintained. She told me that Christian was “very knowledgeable and can, not only help you get into shape, he knows the body and won’t hurt it. Others have overstretched and overworked their clients.” Barbara has a religiously scheduled slot with Christian; don’t mess with it!

Earlier this week, a bit early for my 7:00AM appointment, I ran into Lawrence resident Miriam Goodman who was just putting her coat on to leave. While I was  warming on the elliptical, she walked over and said “I’m telling you that the man is healer. I walked in this morning with horrible lower back pain because I stupidly was schlepping weighted bags of wet clothing due to a flood in my basement, and 45 minutes later, I’m pain free. He just knows what to do.” Sylvia Kain, who has been training with Christian for 5-6 years -she wasn’t sure- said, “he’s very caring, very attentive and safety conscious which is critical to me. I love the stretching which has dramatically increased my flexibility and I really feel that he keep me in good health. He’s a gem!”

A gym’s success depends on many factors, but referrals from satisfied clients is perhaps the number one key to growth and longevity. To that end I spoke to two other members, each of whom has since referred family members and others.  David Englander of Lawrence began working out at LEGACY shortly after the first article ran in the Jewish Home (May of 2011).  Since that time, David has referred his father, brother, wife, daughter and sister-in-law. They are all active members. “Christian is unique in that he can work with any age person, from young to old, and understands each person’s strengths and limitations. He has exceptional knowledge of the body and if one part of the body hurts, he will work with another. I have entrusted him with my father and very close family members; they’re all very happy.”  Dr. and supermom Rivki Hirt, a fulltime working Obstetrician and Gynecologist stated that she has been with Christian for nearly 11 years. Her parents, sister-in-law and nephew all joined as a result of her recommendation. “Christian is accepting and accommodating of each client’s abilities and limitations. He finds ways to work around any such limitation and above all, he is careful not to injure.”

Are all gyms the same? Certainly not!  Of course not everyone needs that push; some are in fact disciplined, some are even gym rats. If you are not self motivated about exercise -sadly most aren’t, it’s not in our DNA- having a trainer text and call you to make and keep an appointment might just be what your heart and body need. It’s worth the price just for the stretching. And the price? Surprisingly, quite affordable. I know whereof I speak.  The bottom line: it seemingly takes a good Christian, or at least a Christian Mendoza to fight the battle of the shmorg. Am I a paid spokesperson for LEGACY? NOT! In fact I remain a full paying thankful and satisfied client.