We begin by wishing a big mazel tov to our friends and neighbors Tracie & Sam Shore upon the birth and upcoming bris of their first grandson, born to their children Amanda and Gershon Adler. Mazel tov to the new parents; may baby boy Adler bring you much joy and nachas. We look forward to joining you at this great simcha. Mazel tov as well to Gershon’s parents, Shana & Yitz (3rd grade classmate) Adler. Keyn yirbu!

A third and final shout-out to Simi Felder upon his bar mitzvah. The fourth and final part -the big party- for friends and family will be taking place at 7PM. We look forward to joining you. 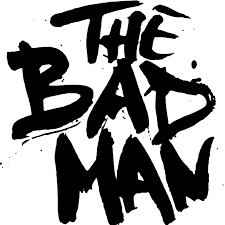 I love Sefer Bereshis: Nothing –no matter how shocking and embarrassing- is held back. Seemingly, the RBSO wanted us to know just how flawed early version of Man was; he was taka bad! So was Woman!  Last week, in parsha number one, we read that Chava was seduced by the serpent into touching and then eating forbidden fruit.  According to many a medrish, seduction involved more than touching, if you chap. They posit that the cunning serpent seduced her mamish and engaged in sexual activity. Let us recall that -back then- the serpent was standing erect, if you chap, and shoin. We also discussed a medrish which has Odom and wife number one -not Chava- arguing over sexual positioning while in the act. By the end of the parsha, Man was up to yet more mischief, the RBSO had second thoughts and was ready to destroy Man 1.0 and go back to factory settings. 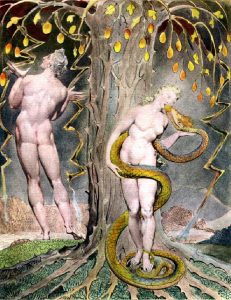 And this week? We’re back! Welcome to Parshas Noiach where the RBSO decided to begin all over again and that Noiach was to be the lone survivor (along with his wife, three sons and their wives) of the great flood which would destroy the world the RBSO had created in Parshas Bereishis. All humanity would be rebuilt through them.

According to many a medrish, Noiach was a farmer and the inventor of the farming implements including the plow.  Ironically, and as we will discuss below, Noiach may seemingly also have been the first to get plowed. To add insult to injury, it appears to some that the plower may have been one of his own sons. Mamish? Let’s read the relevant pisukim innaveynig. Says the heylige Toirah (Bereishis 9:22-25), azoy: 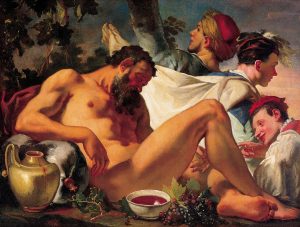 Do any of the above pisukim mention rape, sodomy, homosexuality, and or incest? Is that what we read? Not! What’s this stuff doing in the heylige Toirah? What could be worse? Raping and castrating one’s own father? Say its not so please, nor does the text suggest otherwise, but our sages of the medrish and the heylige Gemora are adamant; Noiach was indeed raped and or castrated by his son Chom. They argue over but one issue: Was Noiach raped, sodomized -as in castration- or both? Is this mamish an argument reduced to the folios of the heylige Gemora? Yes, it is and we quote verbatim the entire argument which is reduced to seven words.

And in English: Having cited the passage discussing Noach, the Gemora enters into a discussion about what was actually done to him by his younger son, Ham. Rav and Shmuel disagreed: One says that Ham castrated Noah and one says that Ham sodomized him. OMG! Could this be?

The color is vivid, explosive and sexually charged. Let us begin with a few lines from the text itself before we get to our sages and what they had to say. The Toirah (Bereshis 9:22) records that Cham saw his father drunk and uncovered in his tent and informed his brothers of his father’s indignity.  Chazal (our sages of yore) in the heylige Gemora (Sanhedrin 70a cited in Rashi to Bereishis 9:22) assert that Chom also either raped his father or castrated him (Rav and Shmuel debate whether the crime was rape or castration). You hear this Raboyseyee? 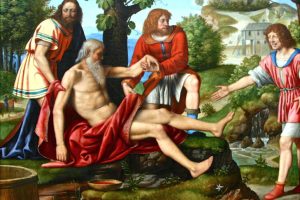 Ober the questions include these: which of the words in the pisukim above could be translated -even loosely- into rape or castration? What gave our sages the idea and the license to reduce to writing that Noiach was either raped, sodomized, or both? These are serious charges. Does the heylige Toirah so state? It does not! It tells us only that Noiach lie naked and drunk and that his son Chom so found him. How did our sages draw the connection to what our sages assert? 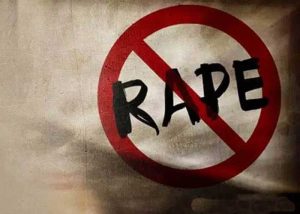 Not to worry because if Rav and Shmuel introduce the rape charge, they must have had some good basis and it goes azoy: The Gemora states that the basis for the assertion that a rape occurred is the fact that the word “Vayar,” (and he saw), appears both in the contexts of Chom seeing his father, and the rape of Dinah (Bereshis 34:2) where the Toirah records that Shechem first saw, and then took and raped Dinah.  Dina? Are we not jumping ahead? How is Dina’s rape at all related to Noiach who lived many generations earlier? Let’s find out: In a few more weeks, we will taka read how Dina “went out” to check out the scene in the streets of Shechem and was ultimately raped (also sodomized) by the chazir swine, Shechem himself. And? Since the story there contains the words “and he saw” and since Chom in our parsha also “saw”, he too must have raped and or sodomized his father Noiach. You hear this raboysesee? Our sages -unlike most of you- were versant in the entire heylige Toirah. They read every word and then figured out that each word has meaning, or at least a clue to solving the puzzle. In the Dina story, the hint came form the words “he saw.” Let’s read the words as found in Bereishis 38:1-2.

And because we know with certainty that Shechem first “saw” then took, and then raped Dinah, our sages determined that when the perpetrator first saw his or her (as we shall read below) victim, an forced sexual act followed. Is it that simple? Is that enough for an indictment of Chom? For serious charges of rape? What is the rationale for these charges? Ober let’s go veyter and see where else “seeing” or “gazing” or “casting one’s eyes” led to further trouble. In addition to the rape of Dinah, where Shechem laid eyes on Dina before laying himself all over her, our sages were able to investigate other crimes to find commonality. Soon (next week’s parsha) we will read how King Paroy laid his eyes on Soro (Avrom’s wife) and shoin. Soro was taken to the king’s boudoir where he had intended to show her his royal scepter, if you chap. What really happened, we don’t know as it’s not discussed. Let’s read the hint that caught the attention of our sages. Says the heylige Toirah (Bereishis 12:14-15), azoy:

The clues to nefarious activity are the words “…that the Egyptians saw the woman…”. And in the next posik “And Paroy’s princes saw her…” The bottom line: seeing is wanting, and seeing led to her being taken.

Ober wasn’t Soro taken a second time by a different king? Indeed she was. One parsha later, we will read that King Avimelech also summoned Soro to his palace. Let’s read that posik as well. Says the heylige Toirah (Bereishis 20:2-3), azoy:

Note that neither Avimelech or his servants are described as first seeing Soro before taking Soro and our sages therefore determined that the circumstances were quite different. In fact, the heylige Toirah goes out of tis way to tell us that Avimelech did not come near Soro. King Avimelech was not guilty of any sexual impropriety.

But wait! there more evidence. Let’s take a look at another myseh, this one involving Yoisef and his enslaver’s hot wife, Mrs. Potiphar. Recall that she too laid eyes on Yoisef. She wanted him. Let’s read posik 7 in perek 38: 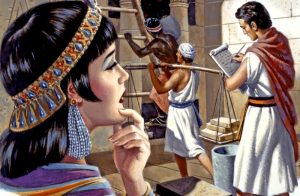 But wait! Let’s go back to last week’s parsha where following the incident of the Niphilim, the RBSO concluded that “the evil of man was great in the earth and every imagination of his heart was only evil all the time.” Is that what happened? Indeed so; the above is an exact quote of Posik 5 in Perek six. Ober let’s read posik 2 for the evidence and context.

The bottom lines: these sons of the nobles saw the daughters of man when they were beautifying themselves and they took for themselves form whomever they chose. Pshat being that they took forcibly and did so only after ‘seeing them.’ Seeing is wanting and wanting led to premediated actions.

The bottom line: in at least several instances in Sefer Bereishis, when we come across the words “he saw” or, “she saw or lifted her eyes,” they may be connected to a crime. Our sages seemingly connected the dots and determined -though the heylige Toirah is silent on Noiach- that Chom eyes led to trouble to include unwanted sexual relations and much worse with his own father. They accused him of sexual immorality by means of either rape or castration.

Another bottom line: Our sages of the heylige Gemora were convinced that all the protagonists mentioned in Sefer Bereishis had bad intentions and that their actions were premediated. Each first saw their victims and each then visualized their crime before acting on them. Crime solved and seemingly guilty as charged.

Emor 2022 – The Stubble and the Beard: A Close Shave & Hefsid Miruba

No Parsha 2022: Kosher for Passover

Tzav Purim 2022 – Queen Esther & Mordechai’s Relationship: What Was It?